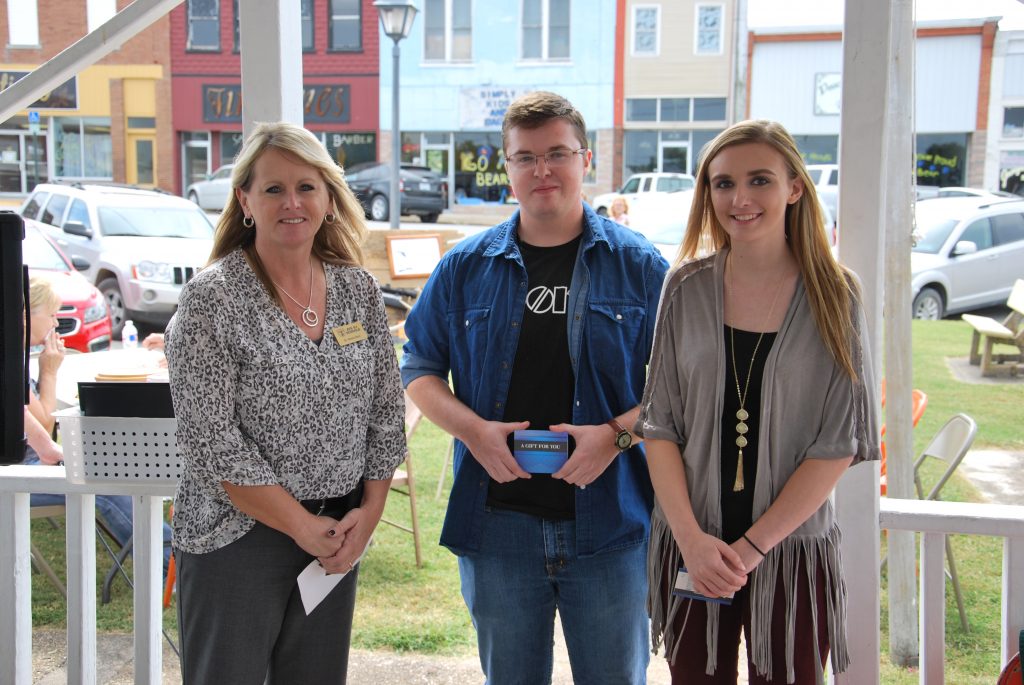 Ava High School Students of the Month for September were introduced by their principal, Dr. Teresa Nash. The students are Kaylee Evans and Logan Little.

The Douglas County Foxtrotters hosted the September luncheon meeting of the Ava Area Chamber of Commerce Tuesday. The meeting was an outdoor cookout setting with sloppy joes provided for the noon meal.

Each was presented a gift card, courtesy of Great Southern Bank.
Kaylee is the daughter of Brad and Amanda Evans. At Ava High School she is involved in Leadership Class which sponsors the Backpack Program, National Honor Society, Anchor Club, Ava Lady Bears basketball, and Pep Club.
Outside of school, Kaylee has participated in mobile food drives, Adopt-A-Highway program, and Care-to-Learn.
After high school, Kaylee plans on attending college to major in accounting.
Logan is the son of Alan and Glenda Little. He is a member of Key Club (serving as president), Student Council, Leadership Class, A+ Program, and has served as Student Advisor to the Ava R-1 Board of Education.
Outside of school, Logan is involved in many community service projects such as Body Project, Kiwanis Club, CHART, Economic Development Committee, Lions Club, Ava Alumni Association, and many more.
Logan created an informational brochure on drug prevention which was distributed in the school and community.
After high school, Logan plans on attending OTC for two years then transferring to MSU to major in pre-law, then move on to law school.
Despite the cool breeze blowing through the gazebo, the bright sunshine Tuesday provided a beautiful day for the large group that gathered for the luncheon meeting.
Hershell Letsinger, Mary Williams and Frank Williams spoke on behalf of the Douglas County Foxtrotters, and Steve Ausenmacher and “Donald” gave buggy rides during the noon hour.
The Douglas County Foxtrotters association is an affiliate of the Missouri Fox Trotting Horse Breed Association. Frank Williams said the organization was founded literally over coffee at a local coffee shop by Don Cunningham, Dale Lawson and other local horse lovers.
The Douglas County Foxtrotters organize and conduct 50-60 trail rides per year, perform trail work in the Mark Twain National Forest, and help sponsor local horse shows. 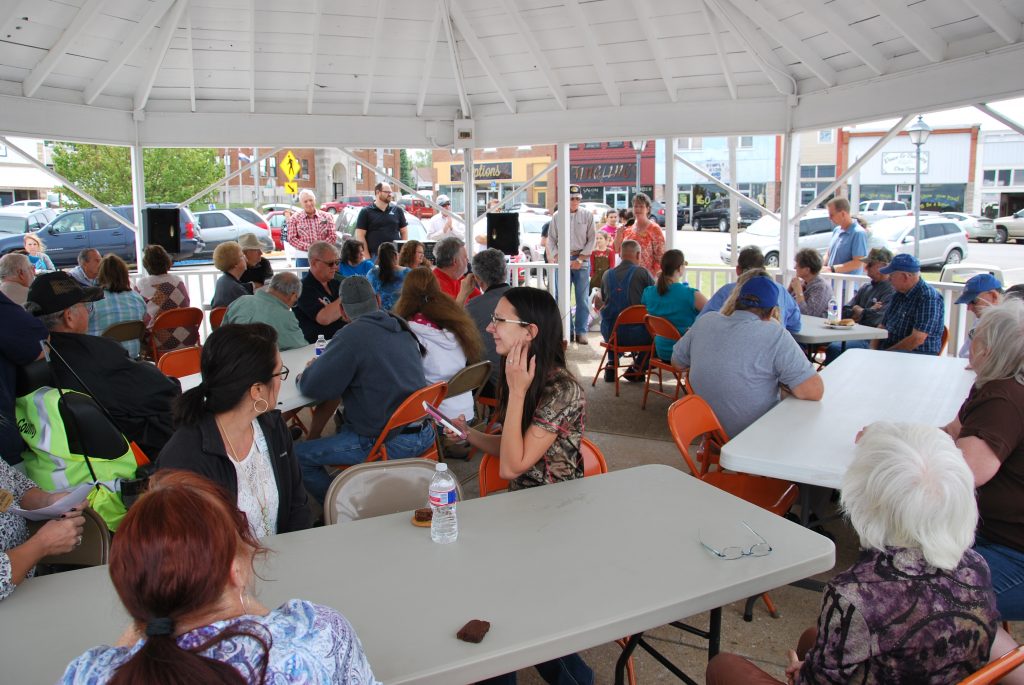 A large crowd gathered in the gazebo Tuesday for the monthly Chamber of Commerce luncheon. Tuesday’s meal was provided by the Douglas County Foxtrotters.
Posted in City of Ava