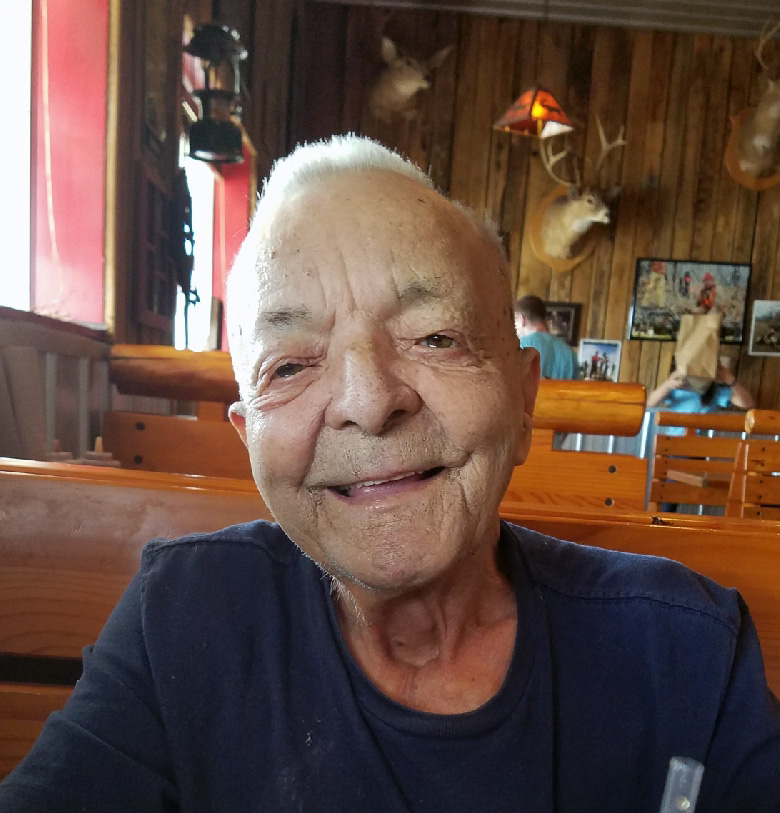 Eldon Lee Hodges, 84 years, 1 month, 20 days old, passed away on Aug. 23, 2017.
Eldon was born July 3, 1933 in the Sandy community near Ava, Mo., to Olen and Geneva (Turner) Hodges.
Eldon was a U.S. Army veteran having served during the Korean War, and was retired from working at Rawlings Sporting Goods Manufacturing in Ava. He worked there for many years until his retirement in 1998.
He continued working at the U.S. Forest Service and DOCO in Ava.
On May 1, 1955, Eldon and Barbara “Bobbie” Hammons were united in marriage in Ava, Mo., and to this union they were blessed with two daughters, Deb and Nancy.
Eldon was a Christian and a member of Sandy General Baptist Church.
He enjoyed fishing, and his love was spending time with his family and especially with his grandchildren, great-, and great- great-grandchildren.
Eldon was preceded in death by his parents; his wife Bobbie; and a granddaughter, Kathy Marie.
Eldon is survived by his two daughters, Deb Hall, Ava, Mo., and Nancy and Johnny Pellham, Sparta, Mo.; grandchildren, Heather, Tabi, Holly, Melanie, Austin, and Brianna; great-grandchildren, Boone, Dystiny, Hope, Jacob, Kaleb, Clayton, Shellby, and Lexi; great- great-grandchildren, Phoibe and Rayner; one brother, Donnie Hodges, and one sister, Pat and George Long; and many other relatives and friends.
Funeral services for Eldon were Monday, Aug. 28, at 2 p.m. in the Clinkingbeard Chapel, Ava, Mo., with burial following in the Mills Cemetery. Visitation was Sunday, Aug. 27, from 6 to 7 p.m. in the funeral home. Officiating was Pastor Neal Crum.
Memorials may be made to Gideons International and St. Jude Children’s Research Hospital.
Online condolences may be made to www.clinkingbeardfuneralhome.com.