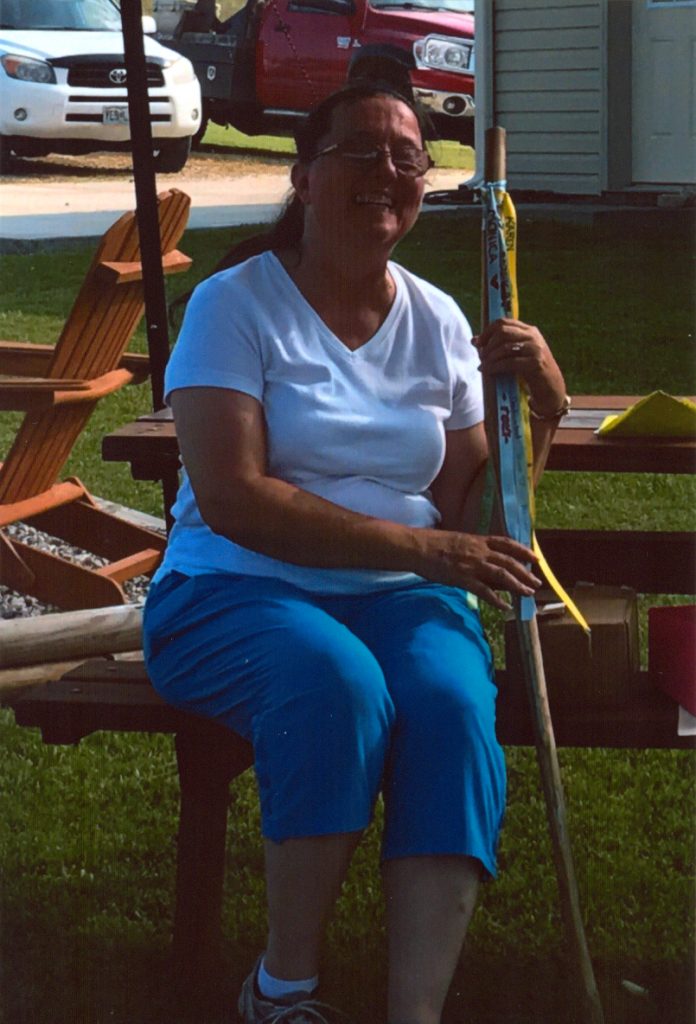 On July 31, 2017 co-workers and friends gathered to celebrate Monica Reemes’ retirement.
The daughter of Hellen Blakey of Ava, Monica has served youth and families in Southwest Missouri from Dec. 23, 1989 to July 31, 2017.
Monica was first employed, in 1989, with the Missouri Division of Youth Services as a Youth Specialist I at Delmina Woods. For many years, Monica remained in the “Woods” to aide and counsel young ladies who struggled to identify their self-worth and their ability to make healthy choices for themselves and their families.
In October of 2001, Monica transitioned to another Youth Specialist position for three separate DYS boys’ facilities in Springfield, Mo. In 2003, Monica was offered a promotion as a Youth Group Leader at Community Learning Center (CLC), a residential boys’ facility in Springfield. In this position, Monica not only continued to serve youth and families, but she also supervised and trained a team of youth specialists who worked with her at the facility.
Monica held strong and steadfast in this position for nine dedicated years before receiving another DYS promotion in 2012. At that time she advanced into a Service Coordinator position at the DYS Regional Office in Springfield. This gave her the opportunity to expand upon her expertise and work more closely with youth and families directly in the communities, providing additional resources.
Monica remained in this position with the State of Missouri until officially retiring after 28 years of exceptional service.
Co-workers said regarding Monica: On behalf of those Monica has grown close to within her work family; one thing is for certain, you can’t retire from being great and she was definitely great at what she did.
During her time with the Missouri Division of Youth Services, Monica made sacred and lasting connections with those she served and with those she worked alongside. She had an abundance of grit, tenacity, and experience that is invaluable in working with high-risk populations.
Monica and her devoted husband, Joel, are currently building their “dream home” in the Mark Twain National Forest. On July 31, Monica may have closed the door to her past … but she opened the door to her future where she can now take an extra breath, and step on through to start the next chapter in her life.