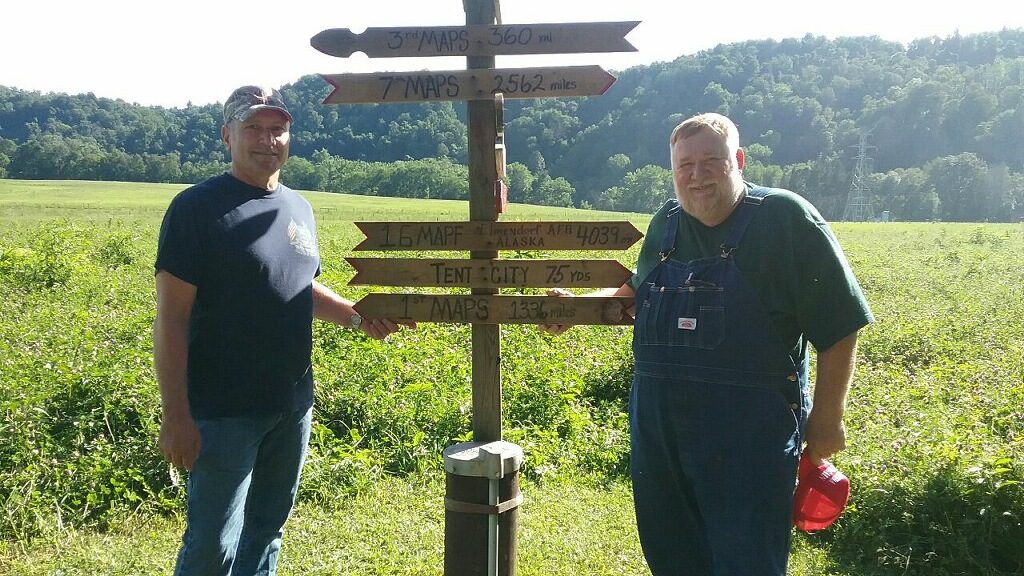 Rick L. Roberts, son of George and Marian Roberts, of Ava, Mo., and a graduate of Ava High School, was present at an Aero Port reunion from around the world, in Wheeling, West Virginia in July 2017. Rick was stationed at Dyess AFB where he served as a 5 Level Parachute Rigger in 1st Mobile Aero Port Squadron. He received the National Defense Medal and Small Arms Expert Marksmanship Ribbon (Those Ozark boys don’t miss, according to Rick). Rick is shown at right above with Brad Rush, good friend and buddy from Dyess. Brad now lives in Maryland, with his wife Reba. This reunion was for all the Aero Port Units from around the world, whose job was to deliver combat troops and supplies. Rick helped pack 100 foot diameter cargo chutes and low altitude parachute extraction systems. Rick lives with his wife, Brenda in Tyler, Texas where he owns a business repairing sewing machines, something he was taught in Air Force Tech School as part of the Parachute Rigger Course.