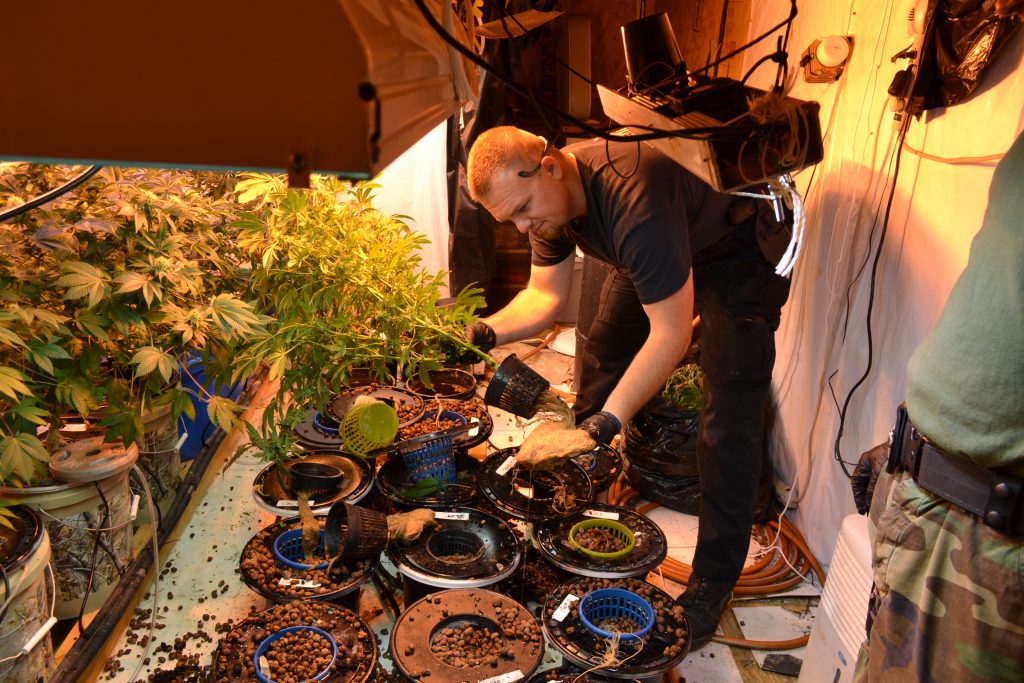 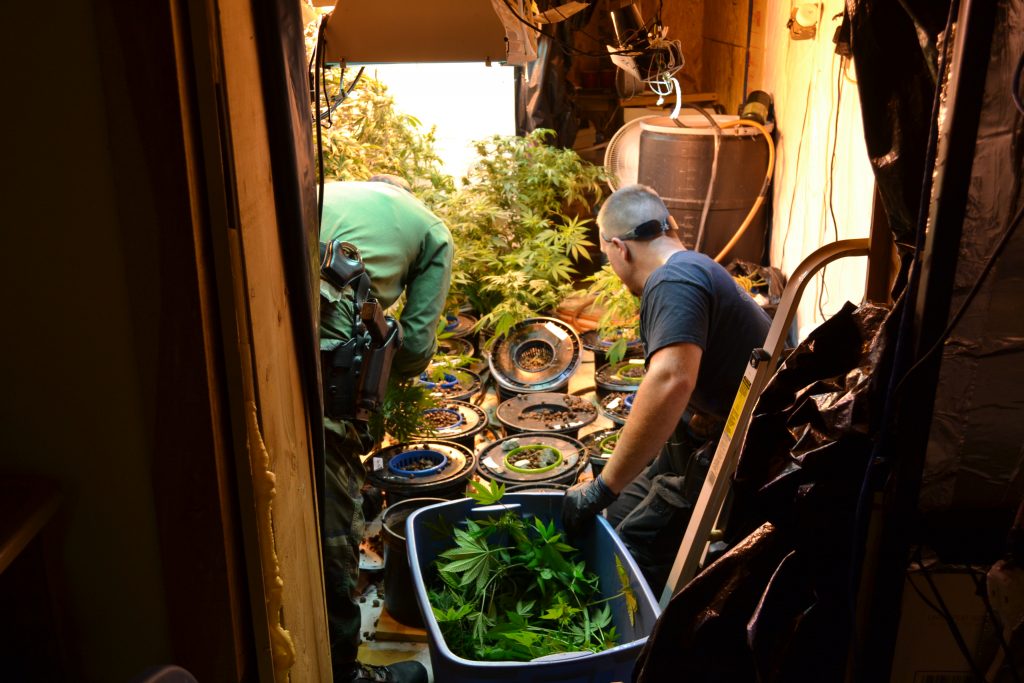 On Sunday, Aug. 13, the Douglas County Sheriff’s Office served a search warrant in eastern Douglas County. Three men were taken into custody after officers seized a very large indoor marijuana operation.
Uncovered and dismantled were some 200 marijuana plants and a very elaborate hydroponic grow system that took the sheriff and deputies nearly eight hours to disassemble. If all the plants had grown to maturity, it is estimated the street value would be in excess of $600,000.
Arrested and charged, and currently incarcerated in the Douglas County Jail are David N. Rader, 46, of Mtn. Grove; Eddie D. Rader, 51, Mtn. Grove; and David L. Rader, 19, Mtn. Grove.
Each of the men is charged with the class C felony of manufacture of a controlled substance and the class D felony of possession of marijuana/synthetic cannabinoid. Bond was set at $15,000 each with CPS supervision and drug testing, and no involvement with weapons.