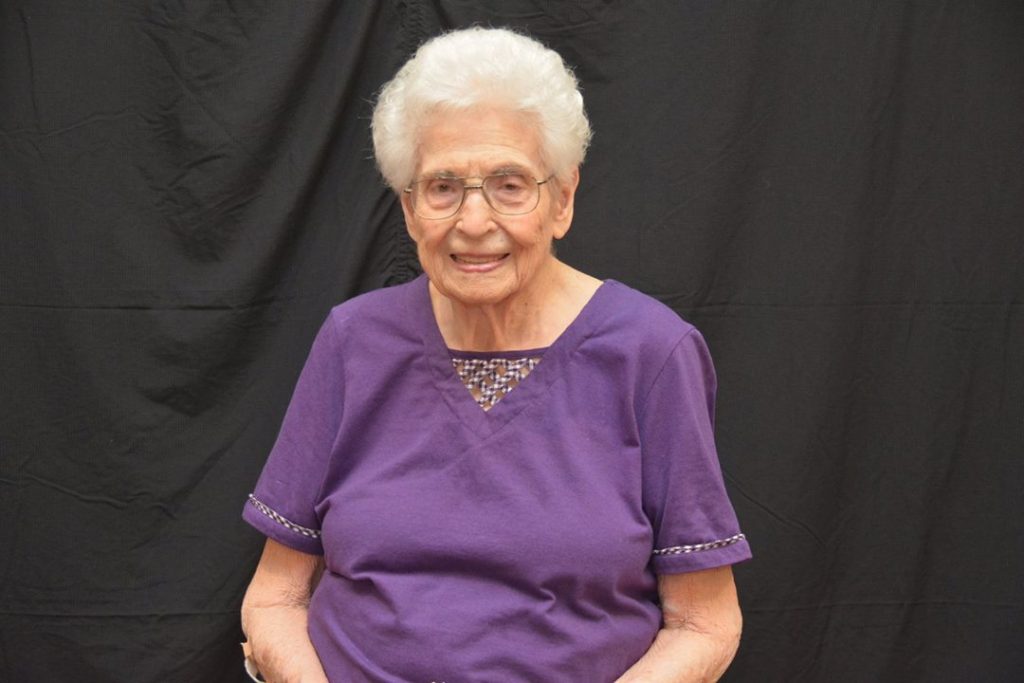 Billie Logan Keeton began her earthly life Feb. 13, 1922, near Aldrich, Mo., with parents Leslie Lee and Jessie Marie (Acuff) Blankenship. She began her eternal life Saturday, Aug. 5, 2017 at her home near Ava, Mo.
Growing up on a farm in Polk County, Mo., with brothers and grandparents, Billie learned many life lessons such as hard work and concern for other people. After graduating from high school she went to Springfield, Mo., to work where she met the tall, handsome man, Norman Logan, who would steal her heart and win her hand in marriage. This marriage was blessed with four children. For almost 40 years she was a United Methodist Church pastor’s wife, moving often to churches in western Missouri.
After Norman’s death she would return to Ava, Mo., where they had served. She married Clarence Keeton who gave her another family to love, to pray for, to worry about, and to watch out for.
Billie worked at various jobs during her lifetime. She was a veterinary assistant for many years, and enjoyed working with the animals and farmers.
She considered being a pastor’s wife a high calling and spent many long hours in support of her husband and the churches he served.
One of her most important jobs was the love and nurturing of her family whether with hugs, cards, quilts, or delicious food. She had a limitless ability to be an encourager and giver to others. She was always ready to help her family, her church family, or anyone in need.
The highest priority in her life was her faith in God. She was a woman of deep faith which was apparent to all who would meet Billie.
Billie was preceded in death by her parents; her husband, Norman Logan, and second husband, Clarence Keeton; one son, Vernon (Butch); one sister, Joyce Melton; and three brothers Nelson Eugene, Curtis, and Jerry, as well as son-in-law, Jim Herbert.
She leaves to mourn her passing two daughters, Donna Herbert, and Cheryl and Fred Boswell, and one son, Johnnie, and daughter of her heart Geneva McCullough.Her 13 grandchildren: Denise, Kathy, Shannon, Jennifer, Christy, Brandon, Lucus, Jordan, Ralph, Fred, Steph, Genet, and Genessa will miss having her influence in their lives, as well as her 20 great-grandchildren and seven great-great-grandchildren. Her special niece and nephews will miss her prayers and concern with their lives. She leaves a host of other friends and church families who were blessed to have known her.
Funeral services were conducted Thursday, Aug. 10, 2017 at 1 p.m. in the Ava Family Funeral Home Chapel, Ava, Mo. She was laid to rest next to her husband, Norman, in the Ava City Cemetery. A visitation was hosted in the funeral home Wednesday, Aug. 9, 2017 from 5-7 p.m.