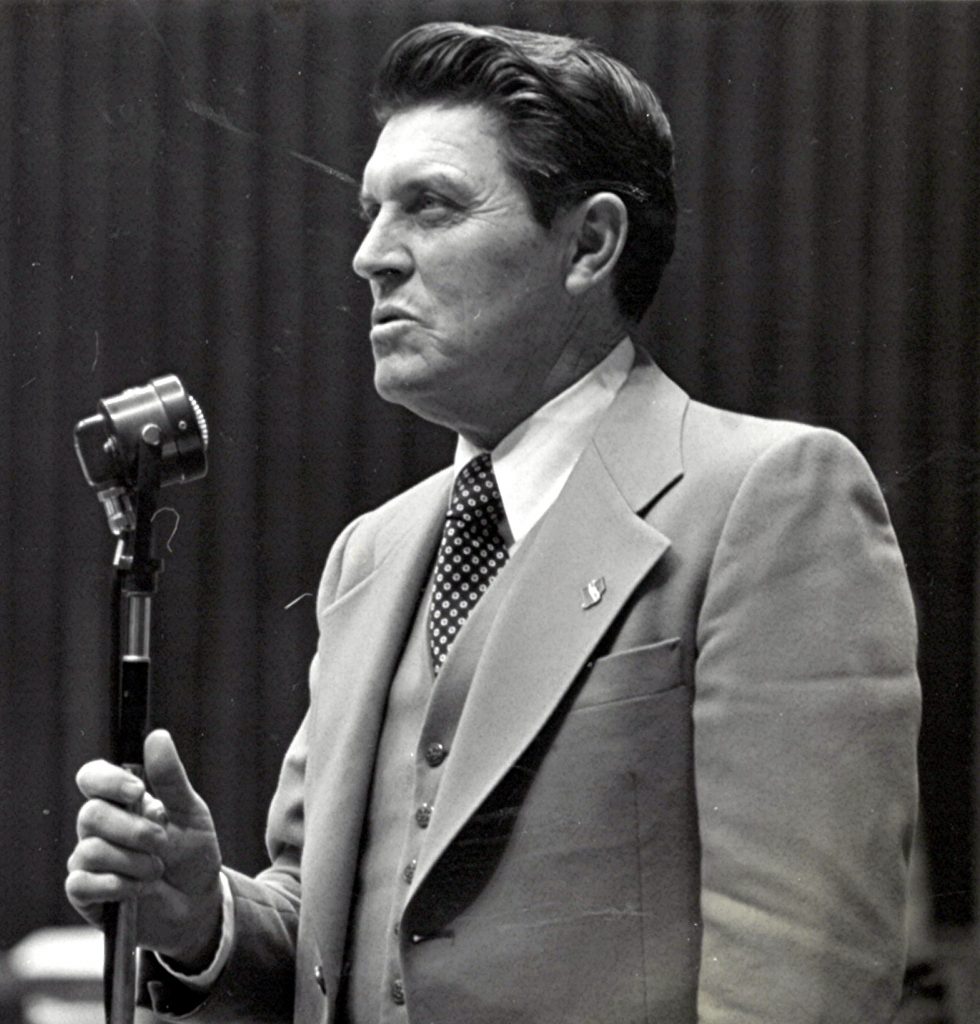 Garnett Allen Kelly, son of the late Claude and Edna (Hutsell) Kelly, was born on July 23, 1924 in Macomb, Mo., and passed from this life Aug. 5, 2017 in Springfield, Mo. He was 93 years and 13 days of age.
Garnett grew up on the family farm in Douglas County with his sister and brothers, Geneva, Virgil, Mason, and Donald. Garnett attended the St. James School, Brushy Knob School, Mountain Grove High School, and graduated from Norwood High School in 1942. He was saved as a young boy at Shiloh Church located south of Mansfield. As Garnett grew up, he met the love of his life, Loretta Rhoades. They were united in marriage on Jan. 29, 1945.
Garnett served our great nation from 1944 to 1946 in the United States Navy on the U.S.S. Warren APA-53 attack transport. After coming back from World War II, he and Loretta started a family and were blessed with five sons, Don, Ron, Reg, Steve, and Van.
During this time living on the farm, he worked hard to provide for his family. He loved people and serving others. He served as a juvenile officer in the 44th Circuit Court. Garnett also served 20 years as Douglas County Assessor, where he met and sat at people’s tables and ate with them and occasionally even spent the night if needed to fulfill his responsibilities and meet his deadlines. After serving as assessor, Garnett ran and was elected Missouri State Representative where he served from 1970 to 1984 in districts 143 and 146.
He ran a successful dairy farm for over 60 years until 2006 when he hung up the milkers for the last time. He raised beef cattle up until this past year.
Garnett was an active member for 34 years at Liberty Faith Church. He loved giving candy to his grandchildren and other children in the church each Sunday. He was truly a man of his word and, most of all, a godly man who loved his Savior and Lord. He will be truly missed every day of our lives.
Besides his parents, Garnett was preceded in death by two brothers, Virgil and Donald Kelly, and one sister, Geneva (Kelly) Douglas.
He is survived by his loving wife of 72 years, Loretta Kelly; five sons, Don Kelly and wife, Jan, Ron Kelly and wife, Deanna, Steve Kelly and wife, Kim, Reg Kelly and wife, Karen, and Van Kelly; 23 grandchildren, 56 great-grandchildren, three great-great-grandchildren; one brother, Mason Kelly; and a host of other relatives and friends.
Visitation for Garnett Kelly will be Thursday, Aug. 10, from 6 to 8:30 p.m. in the Liberty Faith Church of Norwood, Mo. Funeral Services will be Friday, Aug. 11, 2017 at 2 p.m. in the Liberty Faith Church. Rev. Reg Kelly and Rev. Danny Douglas will officiate.
Serving as pallbearers will be John Kelly, Houston Kelly, Gary Kelly, Anthony Kelly, Timothy Kelly, Nathan Kelly, Zachary Kelly, and Mike Shuey. Congregational songs will be “Blessed Assurance” and “It Is Well With My Soul.” “Beulah Land” will also be sung by Ron Kelly. Burial will be in Oak Forest Cemetery, Douglas County, under the direction of the Craig-Hurtt Funeral Home. Memorial contributions may be made to Camp Joy in care of the funeral home.
Online condolences: www.craighurttfuneralhome.com.