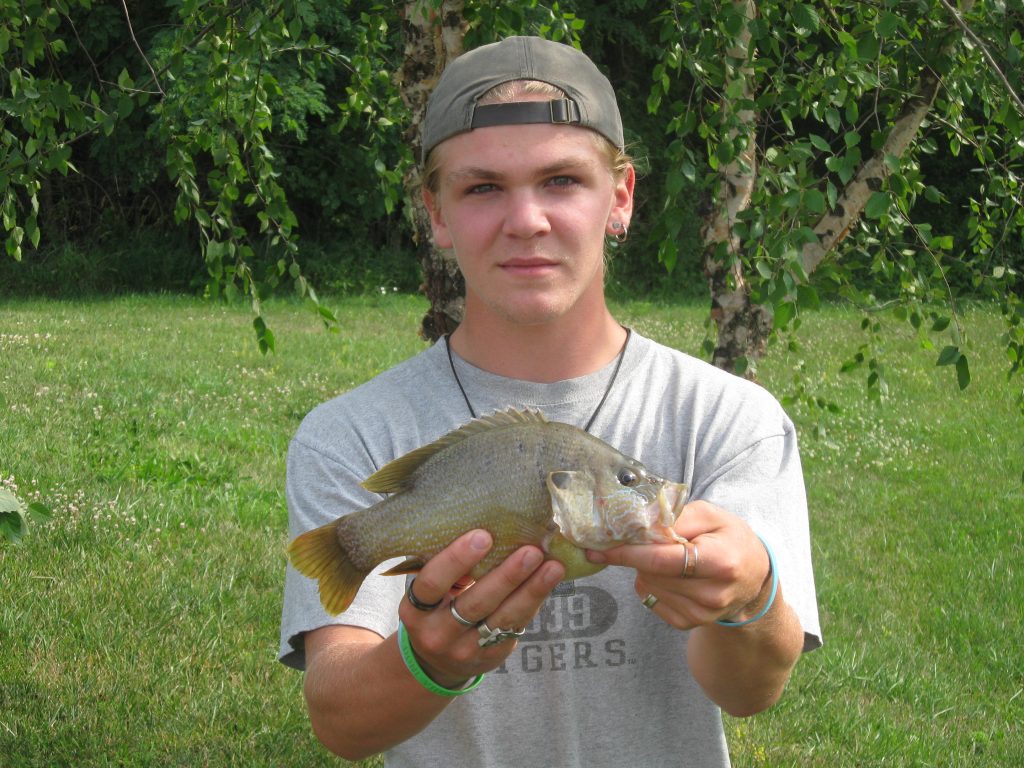 Bowen Dockery broke the state record by catching a 1-pound, 3-ounce green sunfish on a trotline.

GREENTOP, Mo. – The Missouri Department of Conservation (MDC) reports Bowen Dockery of Greentop became the most recent record-breaking angler in Missouri when he caught a green sunfish on a private pond in Schuyler County. The new “alternative method” record fish caught by Dockery on July 5 weighed 1 pound, 3 ounces. Dockery’s recent catch broke the previous state record of 6-ounces, caught in 1993. “Pulling up that trotline and seeing that large green sunfish on the end of my hook is wild to think about. I still can’t believe I caught that fish,” Dockery said. Dockery said he was fishing for bait using night crawlers when he caught the state-record green sunfish. “This was my first time I have ever fished with a trotline, and somehow I caught a state-record fish,” he said. “I have tried to break records fishing in the Mississippi River before, but I never thought I would break a record by fishing out of my own pond. I’m so excited about this catch.” MDC weighed the green sunfish on a certified scale in Kirksville. “This is the eighth state-record fish this year. 2017 is shaping up to be a year for state-record fish,” said MDC Fisheries Programs Specialist Andrew Branson. “The mild weather we have had this year means more anglers are fishing, and catching big fish.” Dockery said he plans to mount the new state-record green sunfish. Missouri state-record fish are recognized in two categories: pole-and-line and alternative methods. Alternative methods include: throwlines, trotlines, limb lines, bank lines, jug lines, spearfishing, snagging, snaring, gigging, grabbing, archery, and atlatl. For more information on state-record fish, visit the MDC website at http://on.mo.gov/2efq1vl.