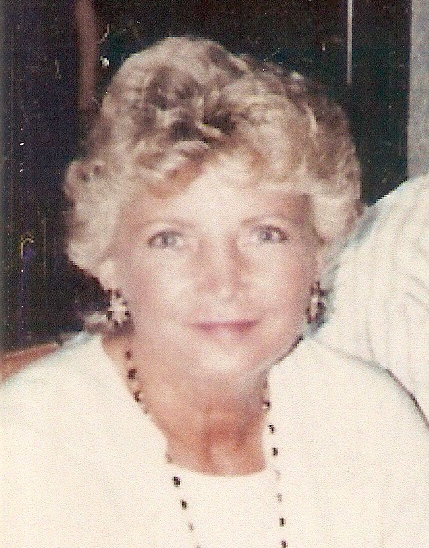 Evelyn Mae Pruitt Appleby passed away on Monday, July 3, surrounded by her family at the home of her son in Clermont, Fla. In her 85 years on this earth, she was a joy to all who knew her with a fun-loving, outgoing personality, infectious smile, and invigorating spirit. Born in Ava in December 1931, Evelyn was the only child of Orville and Stella Pruitt. She lost both of her parents at an early age and was raised by her maternal grandparents, Wesley and Maggie Naugle. She was an active member in many Ava High School activities, graduating in 1949. She was also a member of a well-known singing trio with Wanda Lou Hunt and Ola Sue Souder, performing at many functions in Ava, and later in Springfield and Southwest Missouri State College (SMS). Evelyn entered SMS in the fall of 1949, again being active in the college marching band and orchestra, and performing with her trio. In late 1950, she met SMS basketball athlete, Frank Hungerford, and they were married in April 1951. In 1952, Frank entered the Army which began their 27 years of traveling and living on many different military installations in the United States and Germany. They retired to Orlando, Fla. in 1979. Evelyn was a very active member of the military communities wherever they there assigned, participating in the Army Wives Clubs, singing in Military Chapel Choirs, and learning to play golf. She later became so proficient in golf that she won the Ladies Championship at Orlando’s Rio Pinar Country Club in 1982. Always athletic, she played with a senior ladies’ softball team in Orlando at age 50; she enjoyed tennis, and watching football. In 1989, Evelyn married Dale Appleby in Houston, Texas and resided in Pearland, Texas, until 2002, at which time they moved to The Villages, Fla. For more than 28 years she gave her husband, Dale, some of the happiest moments in his life. Evelyn was predeceased by her parents; her maternal grandparents; her son, Franklin M. Hungerford Jr., and stepson, Steve England. She is survived by her husband, Dale Appleby of The Villages, Fla.; her daughter, Sue Khoury (Ken), and her son, Tom Hungerford (Charlene); stepchildren Robert Appleby (Tammy), Sheri Williams, Debbi Appleby, Lori Chilton (Larry), Jay England (Debbie), and Gwen Corgan (Steve); former husband and father of her children, Frank Hungerford and his wife Sandy; grandchildren Erin, Allison and Brian; great-grandchildren Maddie and Jay; 29 step-grandchildren, and 25 step-great-grandchildren. Evelyn will be interred in Ava, Mo., where a memorial service will be held in her honor. A private celebration of life will be held for friends and family in The Villages. We will miss her dearly.