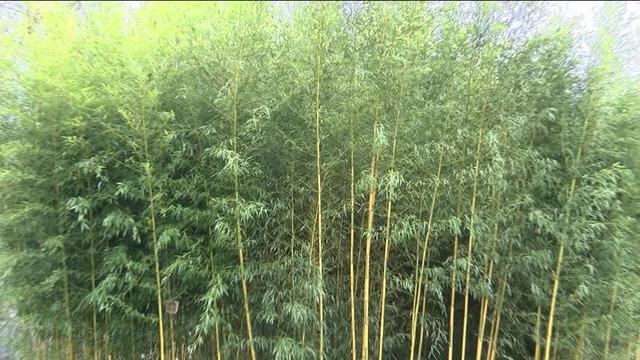 Wright County Associate Circuit Judge Lynette Veenstra ruled last week that bamboo growing on a residential lot in Ava “are not ‘weeds’ as defined in the City ordinances as written.”

The judgment, issued on June 23, goes on to state: “Therefore, the Court finds that the City’s decision to require Petitioner to remove the plants from her property was arbitrary and an abuse of discretion.” This order ends a lengthy controversy over bamboo plants intentionally set out and cultivated by Patricia Davis on her property at 804 NE 2nd Avenue. Ava Mayor David Norman, acting as the city’s code enforcement officer, had ordered the plants removed under the city’s existing weed ordinance, declaring the bamboo plants to be a “nuisance.”

When the plants were not removed as ordered by the city, the mayor indicated an intention to have city employees remove the plants. Information delivered to the Douglas County Herald in the form of a written statement prepared by Davis says that on the morning of Nov. 13, 2015, Mayor Norman came to her house with a crew, including the chief of police, and said they were there to remove the bamboo. Acting on the advice of Sheriff Chris Degase, Davis asked to see a court order allowing the city to remove the plants. “There was no such order,” according to Davis. Davis states in the document that at that time she had not been convicted of violating the weed ordinance in municipal court and no citation had ever been issued. She goes on to say that the mayor waited nine months before attempting to get a court order to remove the bamboo.

In early April a motion was filed by Davis for a temporary restraining order to keep city personnel off the Davis property. At that time Circuit Judge Craig Carter assigned Wright County Associate Circuit Judge Lynette Veenstra to hear the case. Court convened on April 10 to consider the motion for a restraining order, but it was determined that the motion was not filed appropriately and Davis, who represented herself, was given five days to file a new motion.

On April 21, the case was set for trial on June 7, and the City of Ava, represented by attorney Larry Tyrrell, agreed to take no enforcement action until a ruling was made by the court. After hearing testimony at the June 7 trial, Judge Veenstra took the cause under advisement until she could review city ordinances pertaining to the case. That ruling was handed down on June 23, in favor of Ms. Davis.