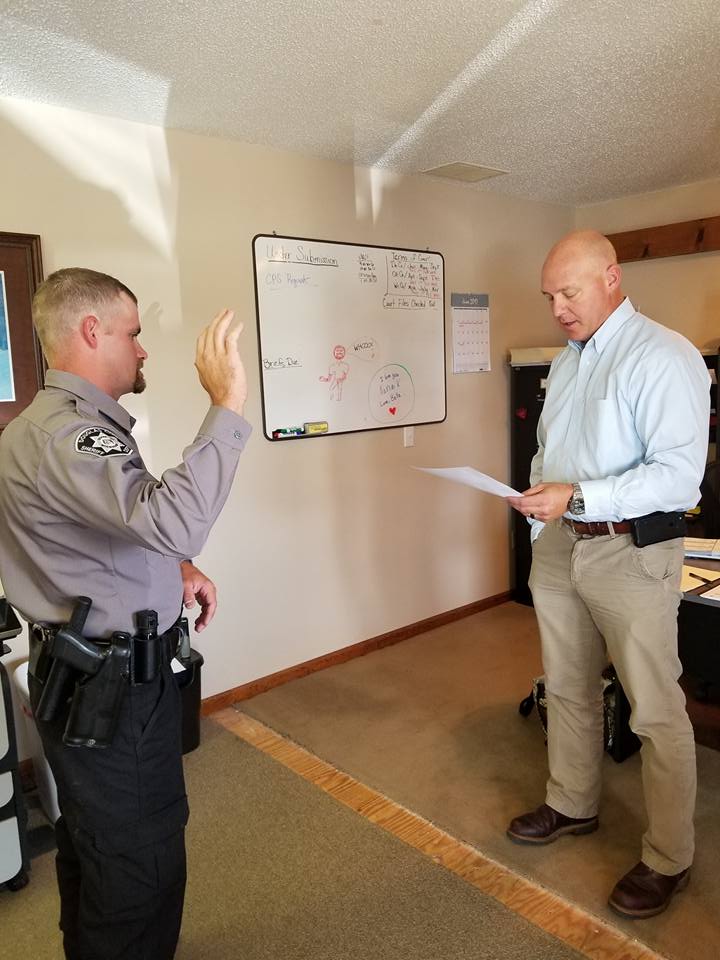 Jonathan Harley was sworn in as a Douglas County deputy on June 12, by Judge Craig Carter (right). Jonathan graduated from the Missouri Sheriff's Academy on June 12 and was pinned by Sheriff Chris Degase using his father's deputy badge from when Joe served as a deputy for the second time in the 1990s.