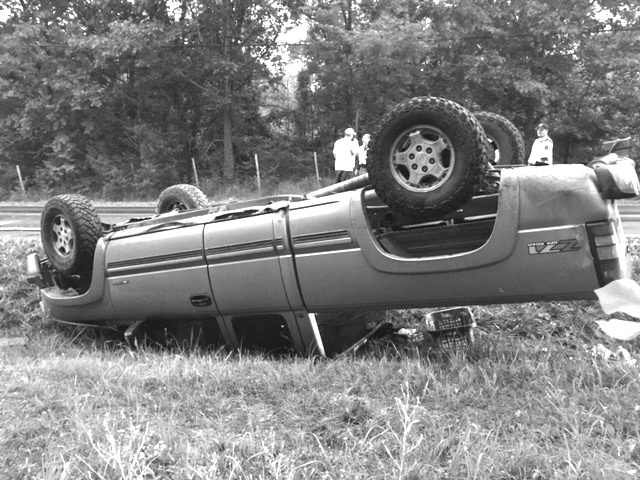 Ava Rural Fire Department was dispatched to this wreck on East Highway 76 near Cutbirth's Sawmill just after 5 a.m. last Thursday morning. The driver, whose name was not released, was apparently not injured and the Highway Patrol did not file a report on the incident. (Photo submitted)

A one-vehicle wreck on Highway 76, four miles east of Vanzant in Douglas County resulted in serious injuries to the driver last Wednesday. The Missouri State Highway Patrol said Kasara G. Cabano, 18, of Willow Springs, was traveling east on Highway 76 when she lost control of the 2007 Dodge Caliber she was driving. The car ran off the left side of the roadway and hit a tree. Miss Cabano was airlifted by air ambulance to Mercy Hospital in Springfield. According to the Troop G report by the investigating officer, Tpr. A.R. Johnson, Miss Cabano was wearing a seatbelt when the crash occurred at 10:40 p.m. on June 21.