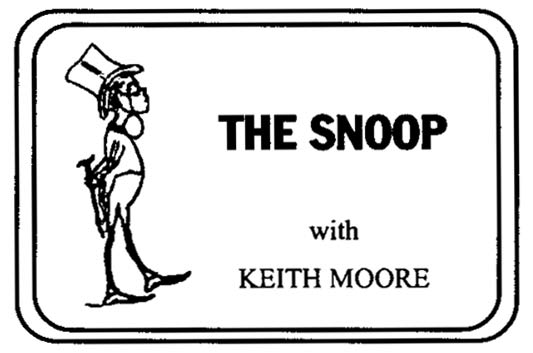 It’s only June, but the fall sports events for area public schools will be upon us in the blink of an eye. Ava R-1 athletic director Rex Sawyer sent out the fall schedules last week, showing that games at the high school level will begin in mid-August. That means jamborees will be held a week earlier than that – just about seven weeks away. It’s too early to list the complete schedules for all sports, but Ava is scheduled to attend the football jamboree at Hollister on Aug. 11. The Bears will open the 2017 varsity football season in non-conference play at Marshfield on Friday night, Aug. 18. On Friday, Aug. 25, the Bears will host Forsyth in the inauguration of varsity football for Panthers who have played a sub-varsity schedule for the past couple of years. The Bears will begin SCA play at Mtn. Grove on Sept. 1 and Homecoming will be on Sept. 15 vs. Salem. The volleyball squad will attend a jamboree at Forsyth on Aug. 14 and will open the season at Sparta on Aug. 21. Ava will host a softball jamboree again this year, with that taking place on Aug. 10. The varsity squad will open the season in the Reeds Spring tournament on Saturday, Aug. 19. The first home game for the girls will be on Thursday, Aug. 24, vs. Dora. The cross country team will open their season at Strafford on Sept. 2. In traditional manner, there will be only one home meet in cross country, and that will also be Senior Night for the runners. The home meet is scheduled for Monday, Oct. 23, and is the final meet of the season before districts. Middle school football will begin on Thursday, Aug. 31, at home against Mtn. View-Liberty. The 7th and 8th grade volleyball teams will play their first matches at home on Sept. 7 with the West Plains Zizzers. * * * As we approach the final week of June we are moving in on annual Fourth of July celebrations. The main event for the Ava area, of course, is the big celebration held at Heart of the Ozarks Healthcare Center on Friday night, June 30. This event just seems to get bigger and bigger with each year, and those who attended last year all agree that the fireworks show was the best ever. Now in its 32nd year, the program began with a simple evening activity for the entertainment of the residents and their families, and now the program draws a crowd of thousands each year. The other area event that challenges HOTO for the top billing among celebrations is the Squires Picnic which has now become a big Fourth of July event. This event, too, began as something very simple with a few folks gathering at Spurlock’s Store to “pick and grin”, and evolved into a full-blown Independence Day celebration put on by the volunteer fire department there for several years. Many other individual organizations and churches will be holding special events between now and the Fourth. It’s important that we honor America with our celebrations to recognize the independence of our nation, and it is equally important that we recognize why we are celebrating – and make sure our children and grandchildren know why we celebrate. * * * No wonder I’m so tired. They said Tuesday was the longest day of the year!

Posted in The Snoop