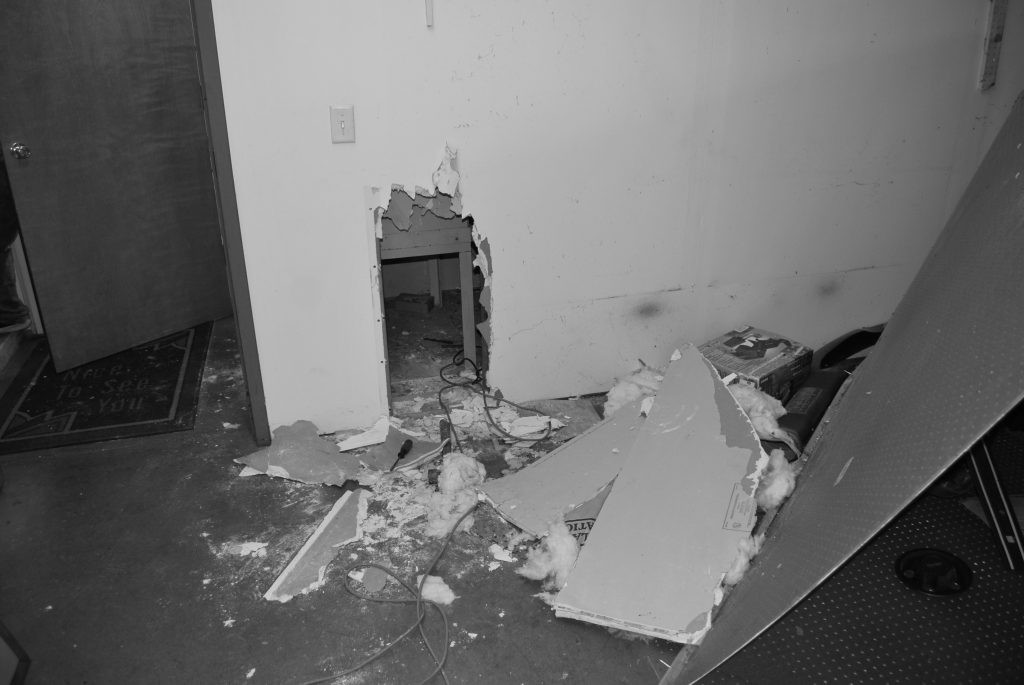 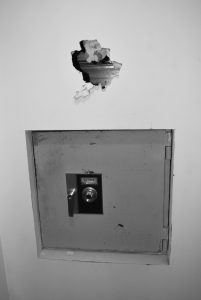 Burglars who broke into the office at Davis Auto Sales last Friday night attempted to open the safe (shown at left below). When they were unable to open the safe, they attempted to gain access by breaking through the wall above the safe, but still could not access the contents. They then went around the corner and broke through the wall, but still could neither get inside the safe nor remove the safe from its position. Apparently the thieves knew exactly what they were looking for because nothing else was bothered in the building.