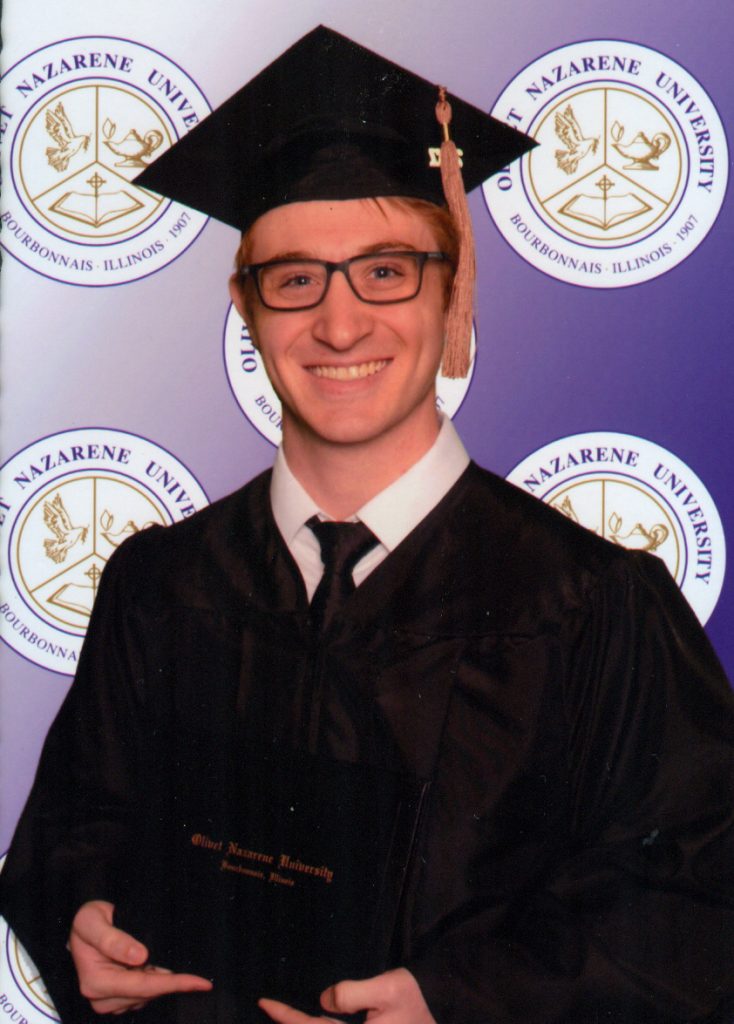 Sister Clair Receives Masters In Counseling the Same Day Dexter Fish received his bachelor of science degree from Olivet Nazarene University, Bourbonnais, Ill., in the school’s 104th annual commencement Saturday, May 6, at 9:30 a.m. He was one of approximately 1,400 students to earn an associate, bachelor’s, master’s or doctoral degree this year at Olivet. His major fields of study were accounting and corporate finance. Dr. John Bowling, president of Olivet Nazarene University, delivered the commencement address to the graduates in the formal convocation held on campus. Fish previously graduated from Ava High School in May 2013. He is the son of Kellie Wagner and Danny Fish, both of Ava. Dexter is employed at Symbria in Warrenville, Ill., as a staff accountant. Family members attending the commencement were his parents, four siblings, sister-in-law and two brothers-in-law, as well as his eight nieces and nephews who fondly call him “Uncle.” Those family members include Brooke and Mike Henry, Drew, Molly, Jackson and Maddie; Laine and Michael Loftis, Grady, Layla and Chason; Heston and Leslie Fish and Dawson, all of Ava; and Clair Fish, of Roeland Park, Kan. Clair earned her master of arts degree in marriage, couple and family counselling from MidAmerica Nazarene University in Olathe, Kan. the same day but forfeited her commencement in order to attend her brother’s ceremony. 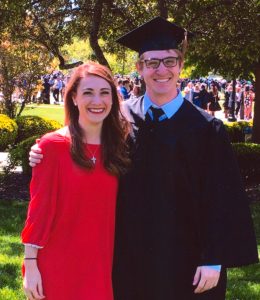