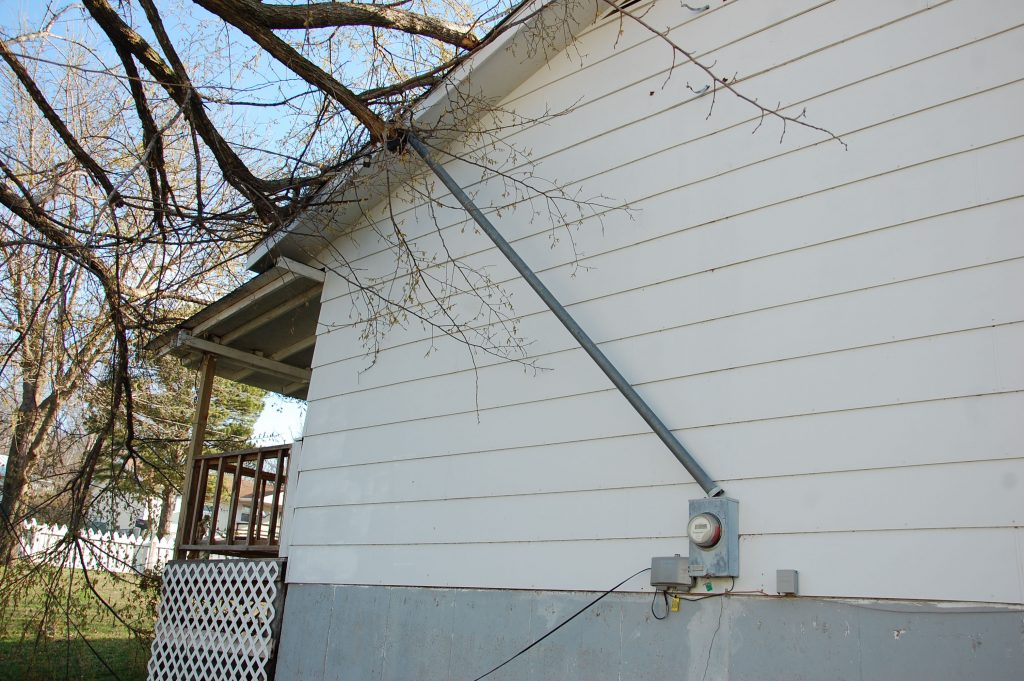 The storm that passed through Ava Wednesday morning took down a large tree limb at the Delmar Rosseau residence in north Ava. When the limb came down, it also took out the power and phone lines and ripped the electrical service mast off the house as shown here.

The first spring storm system of the 2017 season roared through the region Tuesday afternoon and again Wednesday morning, bringing hail and high winds in its path.

Although the Ava area was spared the hail Tuesday afternoon, areas just to the north, especially along Highway 60, got large, damaging hail around 5 o’clock. Heavy hail was also reported on Highway 65 north of Branson.

Another storm system with dangerous lightning and strong winds passed through the area between 2 and 3 a.m. Wednesday, causing some damage.

In Ava, most of the damage was limited to some downed lines and awnings. East of Ava there were reports of roofs being blown off and outbuildings damaged.