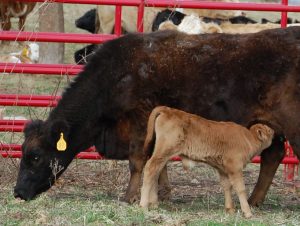 A year ago, in January 2016, we reported that Robert Snyder was “beating the odds at the cattle market” with twin calves born to two cows on consecutive days at the Snyder farm.

If he beat the odds then, the stakes are even higher now because last week two different mother cows produced twins three days apart. 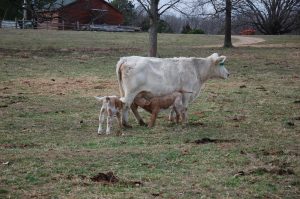 The twins born this year at the Snyder farm, south of Ava in the Smallett area, came under much different weather conditions. Last January’s twins were born during frigid, icy conditions with the ground covered in ice and snow.  A hay barn was converted into a bovine maternity unit for the births.

With this February’s unseasonably mild temperatures, no special arrangements were necessary and the calves are outside with the rest of Snyder’s herd of about 100 mother cows.

The only similarity seen in all the twins born at the Snyder farm is that each set is one male and one female.

Is there something unusual in the water at the Snyder farm? Robert doesn’t think so. But he did assure us that his bulls are not on steroids.