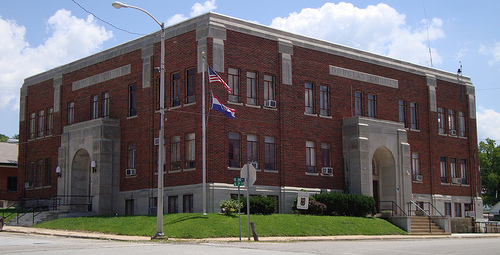 Subsequently, Douglas County Prosecuting Attorney Chris Wade said he has dropped charges against Jammie White who was also charged in the murder.
“The state respects the jury’s verdict but their decision that Cory Walker killed Robert Koch in self-defense effectively ends the prosecution of Jammie White,” Wade said.
White was charged as acting in concert with Walker to cause Koch’s death, Wade said.
“However,” Wade added, “the state believes it would be almost impossible to convince a jury that Jammie White helped plan the murder when the person that killed Robert Koch was acquitted for acting in self-defense.”
Wade said he was prepared to go to trial against White and a trial date had been set in Texas County where she was to be tried on a change of venue. But with the acquittal of Walker who admitted to stabbing Koch, Wade said he felt it would be a waste of time and money to go forward with the trial of White.
White was charged with first-degree murder along with Walker, and the state intended to seek a conviction against her had the Walker jury returned any type of guilty verdict, Wade added.
Koch, 37, was stabbed to death at a residence in the Goodhope community west of Ava on Aug. 28, 2015.
Cory G. Walker, 28, was originally charged with second-degree murder in the case. Then, in January 2016 it was announced that Jammie White, 35, a girlfriend of both men, was charged with first-degree murder because she knew about, facilitated and planned the murder of Koch.
She was also charged with two counts of child endangerment because her two minor children were in the vehicle with Robert Koch when he arrived a Walker’s residence on the night he was killed, and she made no effort to stop the murder nor to protect her children, ages 10 and 12.
It was also noted in the probable cause statement that the children witnessed the murder.
Wade said evidence presented in the week-long trial here last week showed Walker stabbed Koch 11 times in the chest, shoulder and back with a hunting knife with a 4 1/2 inch blade.
Walker was represented by Ava attorney Roger Wall.
Posted in Douglas County, Featured Story