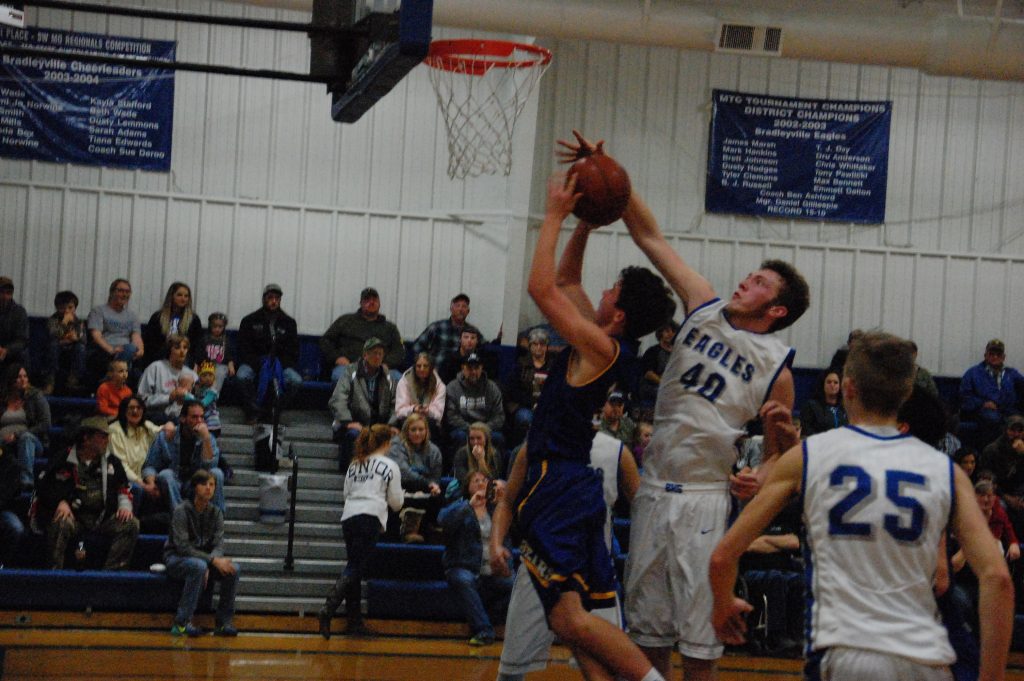 The Ava Bears traveled to Forsyth last Friday night where they dropped a non-conference contest to the Panthers, 69-59.
Three Bears scored in double figures but it was not enough to overcome the home team’s 31-23 advantage.
Anthony Rosas led the Bears with 17 points and seven rebounds in the game. Colton Skyles had 15 points and five rebounds, and Zimran Lawrence had 12 points and four rebounds for the Bears.
All of Lawrence’s points were scored from behind the 3-point arc where he was 4-for-4.
Others scoring for Ava were Thomas Emerich 5, Wyatt Gastineau 5, Weston Stillings 4 and Caleb Johnson 1.
Next action for the Bears will be on Monday, Dec. 26, in Springfield’s Blue & Gold Tournament at Missouri State University.
The Bears are in the Blue division and will play No. 3 Hartville at 9:30 p.m. Monday night in Hammons Student Center.
With a win the Bears would play the winner of the Skyline vs. Springfield Catholic game at 2 p.m. Tuesday in the JQH. A loss would pit the Bears against the loser of that game at 2 p.m. in Hammons.