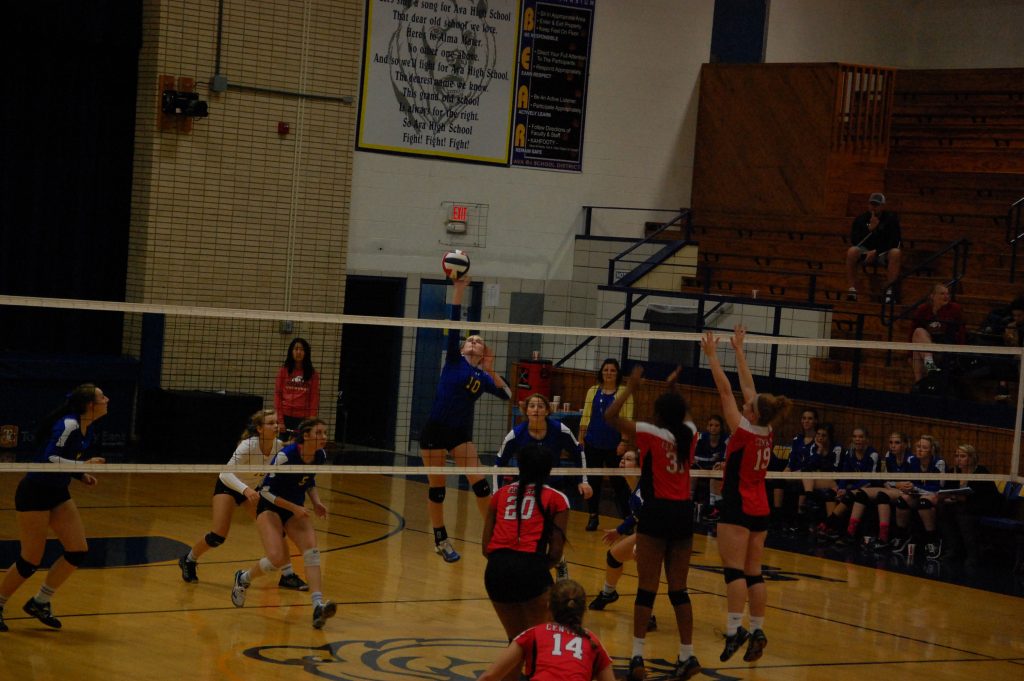 The Ava High School Volleyball Lady Bears saw their season come to an end in the first round of the Missouri Class 3, District 11 tournament at Marshfield Monday night.

Ava lost to No. 2 seed Mtn. Grove in two games on Monday.

The Central Lady Bulldogs overwhelmed the Lady Bears with strong serves and excellent ball placement, and won the varsity match in straight games, 25-9, 25-15.

Ava Junior Varsity took Central to three games before dropping the match. Ava opened with a 25-21 win but Central, with nearly twice as many girls on their combined roster, put a different team on the floor for games 2 and 3, winning 25-9, 25-11.

The district tournament bracket includes seven teams, with top-seed Logan-Rogersville drawing a first-round bye. In the first round Monday, Springfield Catholic (4) defeated Hollister, 2-1, and advanced to play No. 1 Rogersville on Tuesday night.

Rogersville and Marshfield each won their semifinals matches in straight games, and Rogersville won the championship Tuesday night, 2-0, advancing to play Helias Catholic in state competition on Saturday.