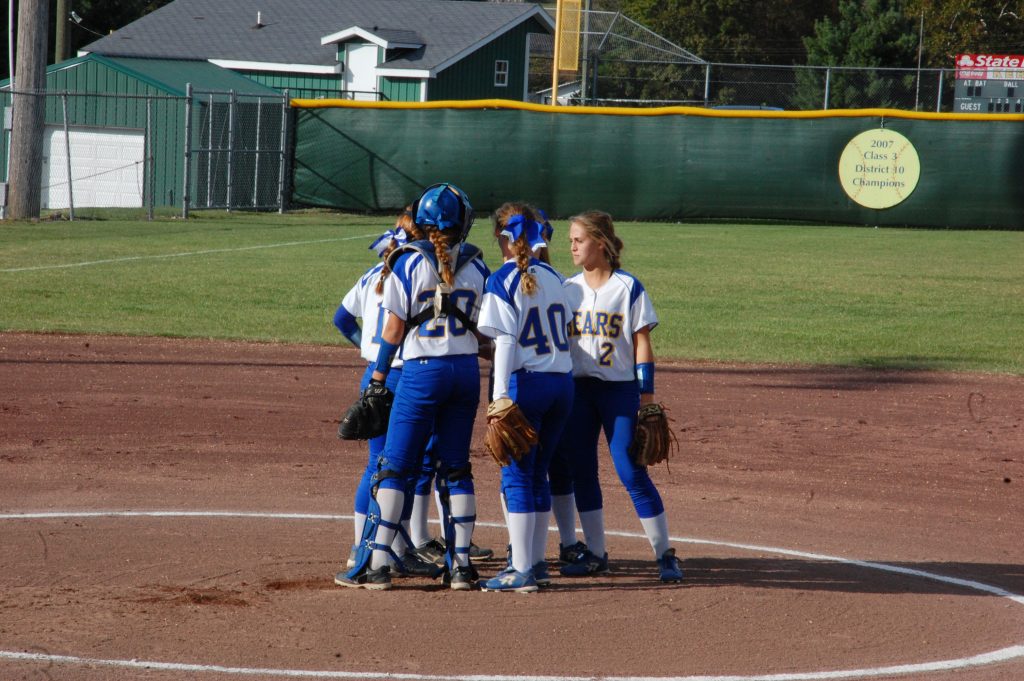 The young Ava Lady Bears softball team took their season all the way to the district championship game, but came up short here last Friday evening, losing to Hartville, 8-5.

Top seed Houston and No. 2 Ava received first round byes in the tournament.

In semifinals action on Thursday, Hartville upset No.1 Houston 9-7 and Ava held off Mansfield for a 12-9 win.

In the championship game on Friday, Ava jumped out to an early 2-0 lead in the first inning but Hartville came back with four runs in the top of the second and went on to claim the championship.

Hartville was scheduled to play Willow Springs in the first round of state play on Wednesday.

Mansfield rallied in the top of the seventh inning with three runs and had the tying run at the plate with runners on second and third when the third out was made.

Hartville and Houston were scoreless until the top of the third inning when Hartville picked up two runs.

The 2-0 lead stood until the top of the fifth when Hartville added four more to take a 6-0 lead.

Two more for Hartville in the sixth increased the Eagles’ lead to 8-0, but Houston got two runs in the bottom half  to avoid the shutout.

Hartville scored one in the top of the seventh to hold what appeared to be a comfortable 9-2 lead, but Houston scored five in the bottom of the seventh and had the winning run at the plate when the game ended.