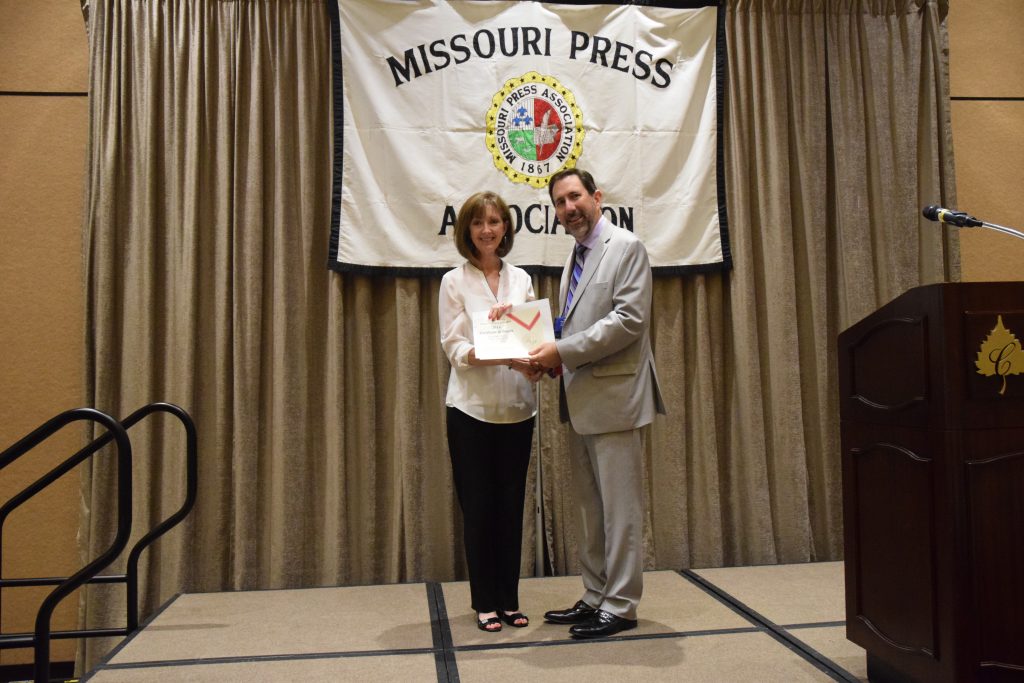 Sue Curry Jones, publisher and news editor of the Douglas County Herald, was recently recognized by the Missouri Press Association for a series of news articles entitled, “Ava School Board Threatens Bus Route Owners.”  The honorable mention was in the category Best News or Feature Series, Weeklies, Class I.  The award was presented by Missouri Press President Dennis Warden, above right.  This is Jones’ third award from the state press association.  In 2012, Jones was recognized for an article about Retired Rear Admiral Hamlin Tallent, and a historical write-up on Civil War soldier Peter Murphy,  who pioneered in the Almartha community.  The 2016 award was presented during the 150th Annual Convention of the Missouri Press Association, which was held this past weekend at Chateau on the Lake, in Branson, Mo.