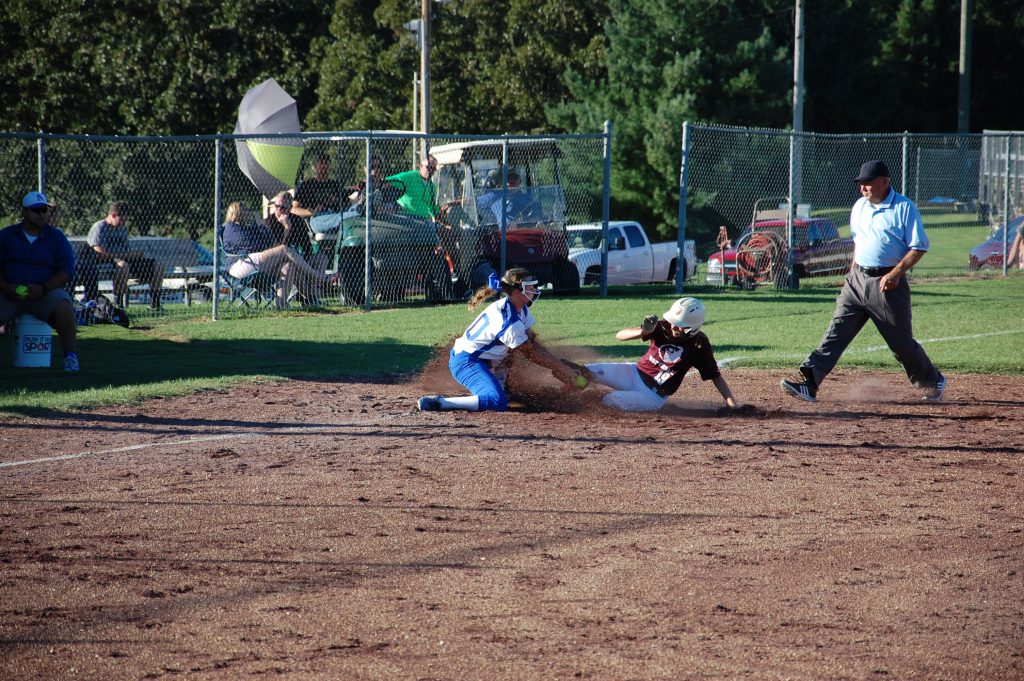 Third baseman Macey Phillips has the tag down but the Willow Springs baserunner apparently got there first and was called safe on this steal attempt Monday afternoon.

The Ava Softball Lady Bears traveled to Houston last Thursday and lost a 4-2 conference decision to the Lady Tigers.

Then, on Monday, the Lady Bears of Willow Springs came to Ava and defeated the hometown Lady Bears 10-3.

Monday’s game started out very competitive with the Ava Bears holding a 3-1 lead after two innings and still holding a narrow 3-2 lead after four.

Things did not go well for the home team in the fifth and sixth innings, however, as errors and mistakes allowed Willow Springs to score three in the fifth and four in the sixth while holding Ava scoreless.

Willow Springs picked up one more in the top of the seventh inning and blanked Ava in the bottom half to end the game 10-3.

The Ava girls were at Mansfield Tuesday afternoon, and will play Parkview in Springfield next Tuesday before beginning district play at Ava on Wednesday, Oct. 5.

The Class 2, District 1 tournament was being seeded on Wednesday but results of the seeding meeting were not yet available.

Making up the district tournament here will be Ava, Gainesville, Hartville, Houston, Mansfield and Seymour.