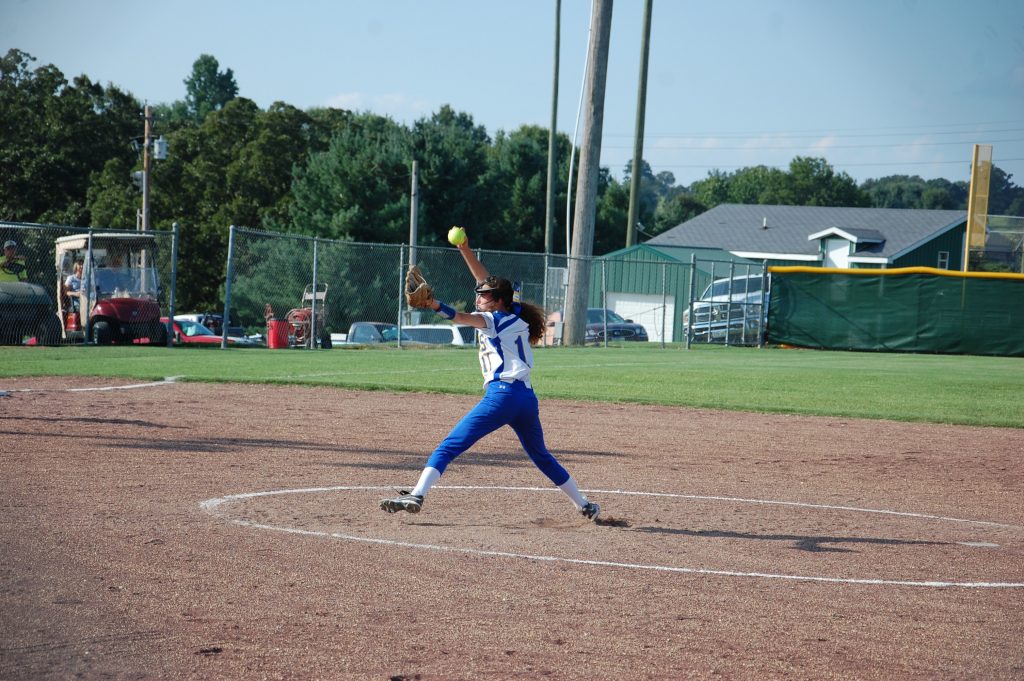 The Ava Lady Bears opened their softball season last Thursday with a 3-1 win at Dora.

On Saturday, the Ava girls went to Reeds Spring to play a double-header that replaced a rained-out tournament a week earlier. 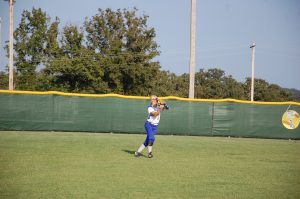 Senior Emily Guengerich snags a fly ball for an out against Norwood here Monday.

The Lady Bears defeated Hollister 13-7 then lost to Reeds Spring 6-1.

The girls finally got to play a game at home on Monday, dropping a non-conference contest to Norwood, 10-2, and on Tuesday the Lady Bears hosted Salem to open the SCA schedule. That game also went to the visitors, 12-5, dropping Ava’s record to 3-2 after one week of play.

Macey Phillips pitched seven innings for Ava at Dora and did not allow a run until the bottom of the seventh inning.

Kiaunna Snow was 3-for-4 at the plate with two singles and a triple, one run batted in and two runs scored.

Araina Evans was 2-for-3 at the plate with a run scored.

Ashton Bewley was 2-for-2 officially with a single and a double and two RBI.

In the Hollister win on Saturday, Snow, Bewley, Evans and Serenity Bristol each had two hits for Ava and Bewley and Evans each had two RBI. Bewley crossed the plate three times for Ava and Maci Jones scored two runs with two bases on balls and one RBI.

In the Reeds Spring game, Snow and Jones each had two hits for Ava and Jones scored Ava’s only run of the game.

At home Monday, the Lady Bears gave up six runs in the top of the first inning and did not allow another run until the fourth when the Lady Pirates added one. Norwood scored one run in the sixth and two in the seventh to take the 10-2 win.

Ava’s runs both came in the bottom of the third inning.

Bewley was 2-for-3 batting and reached base three times. Bristol was also 2-for-3 at the plate for Ava.

Ava kept the game close until Salem scored one more in the top of the sixth, then the big blow came in the seventh when the Tigers plated four runs to take a 12-5 lead which would be the final score.

The Lady Bears will be at Springfield Hillcrest today (Thursday) and will have Springfield Glendale here on Tuesday, Sept. 6.