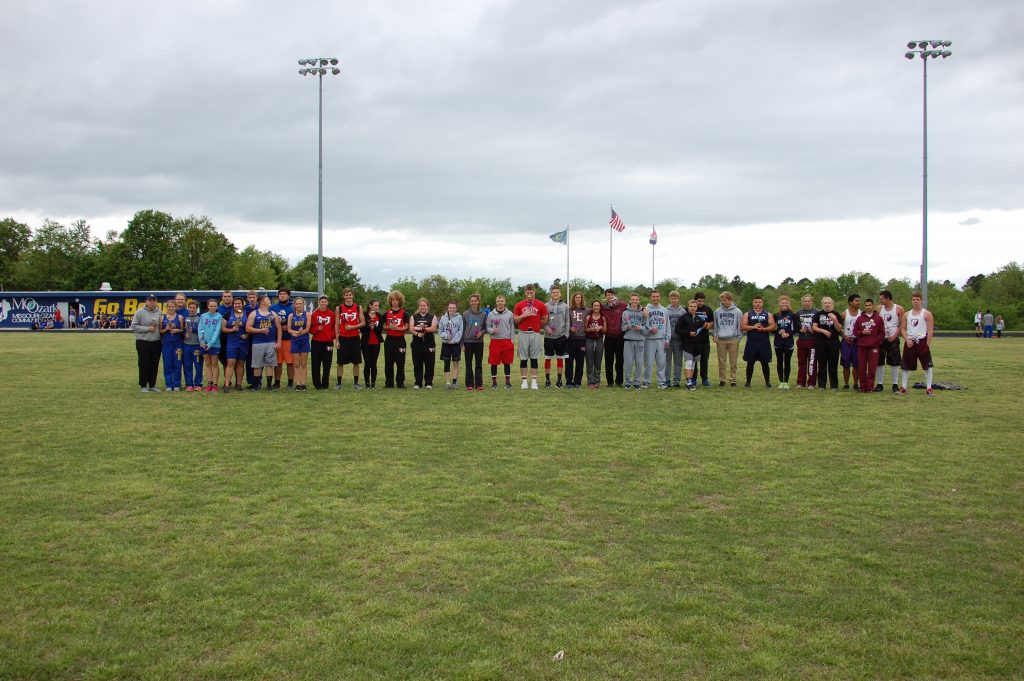 Ava hosted the SCA track meet on Monday at Harlan Stadium. Prior to the start of competition, seniors from all participating SCA schools were introduced, including Ava, Houston, Mtn. Grove, Mtn. View-Liberty, Salem and Willow Springs. No seniors were introduced from Cabool or Thayer.

The Ava Bears and Lady Bears attended three meets last week, beginning with Willow Springs on Monday. Many of the junior varsity runners participated in this meet with the varsity runners traveling to Southwest Baptist University for  large and small school separated competitions. There were 52 schools that attended SBU. Then, on Friday, the Bears traveled to Mt. Vernon which is the site of the Class 3 Districts that will be held on May 14.

At Willow Springs, these athletes placed in the top 5 and received medals:

Boys 4×800 team of Joe Balassone, Waylin Moon, Tanner Murray, and Josh Gilles got 2nd. Michael Phillips placed first in the high jump with 5’6. Kobi Gasek placed 3rd in the pole vault with 9’0”, Dalton Curtis placed 3rd in the discus and 5th in the shot put.

For the girls at Willow Springs, Maddie Rainey had a time of 21.6 and placed 5th in the 100-meter hurdles. Shantel Nagel had a time of 59 seconds and placed 4th in the 300 hurdles.  Jacey Swofford threw for 2nd place in the shot put.

On Tuesday, there was a two-hour lightning delay but the Ava teams were able to complete events up to and including the mile run in which Bailey Ray took 7th overall and 2nd in the small school division with a  with a new PR of 5:26.  Caleb Stillings placed 11th overall and 6th in the small school division.  The 4×800 boys got a new PR of 9:13  and placed 7th.