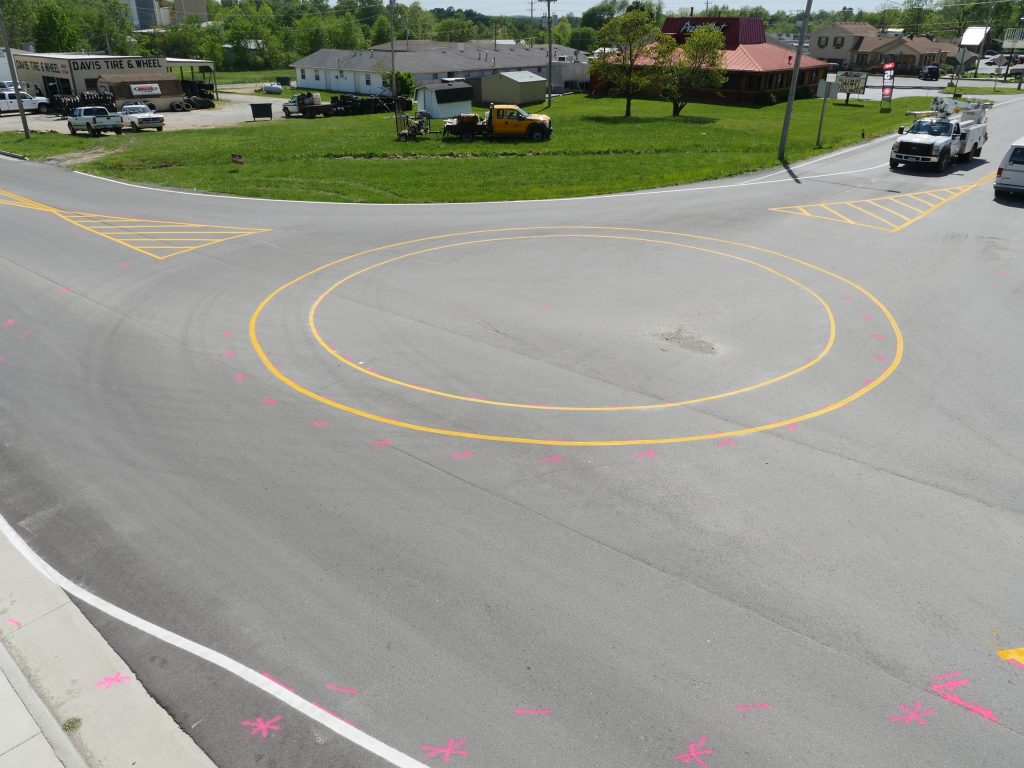 We were told it was coming, but no one knew when. Then Wednesday morning, without warning or announcement, MoDOT workers began measuring marking and laying out the roundabout that is now in place at the intersection of North Jefferson and NW 12th Avenue near Davis Tire & Wheel. Striping was completed Wednesday afternoon, as shown in the photo above, and yield signs were put in place to warn motorists as they enter the roundabout. A MoDOT crew member said an island may eventually be added in the center of the roundabout with additional signage to be added. But for now, what you see is what you get. Drivers entering the roundabout should keep in mind that vehicles in the circle of the roundabout have the right-of-way and cars entering the roundabout must yield to those already in the circle.  Those watching the intersection Wednesday afternoon saw some strange behavior on the part of drivers, and one can expect to see more unusual traffic patterns as people get used to the new configuration.