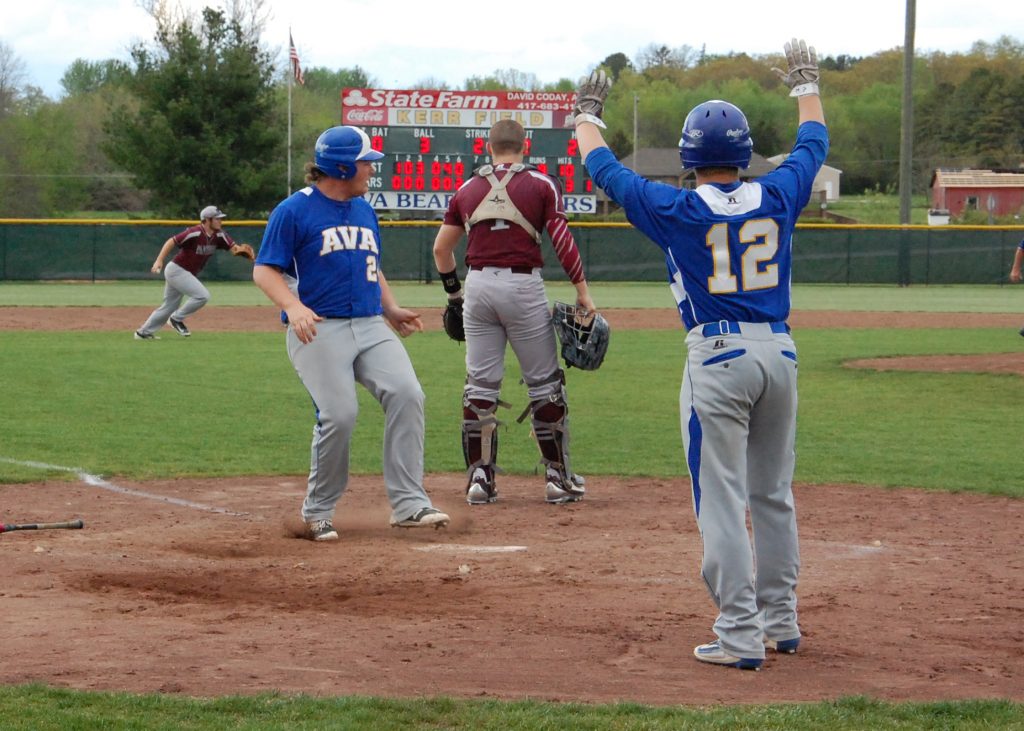 The Ava Bears scored three runs in the bottom of the sixth inning here last Thursday to escape a shutout at the hands of Mtn. Grove.

The Panthers defeated Ava 8-3, dropping the Bears to 3-2 in league play.

On Monday, the Ava Bears hosted the Bears of Willow Springs and took a 14-1 SCA win in five innings.

Ava got a strong pitching performance from freshman Thomas Emerich who went four innings before giving up a single run in the fifth. Emerich traded places with freshman shortstop Caleb Johnson in the fifth inning who struck out the side to end the game.

Last Thursday the Mtn. Grove Panthers jumped out to an 8-0 lead before Ava finally got on the board in the sixth inning. Ava managed only two hits in the contest.

Nick Sterling had two RBIs in the game for Ava.

The Ava Bears scored in every inning here Monday in the 14-1 win over Willow Springs.

Emerich gave up only two hits in the contest and struck out five Willow Springs batters.

Ava jumped out to a 1-0 lead in the first inning, added six runs in the second, two in the third and five more in the fourth inning, pelting the visitors with 13 hits. Ava committed one fielding error and Willow Spring committed two errors.

The Bears, 11-5 overall and 4-2 in conference play, were scheduled to play at Salem on Wednesday to complete the conference schedule. That was a rescheduled game from an earlier rainout, and weather was questionable for the game on Wednesday.

The Bears will travel to Rogersville today (Thursday), then will be back home on Monday for Senior Night with Forsyth.

The Bears are scheduled to play at Gainesville on May 3 and will play in the Ash Grove Tournament May 7-10.

Ava will host the Class 3, District 10 tournament starting here on Friday, May 13.

The district tournament will be seeded next Wednesday.