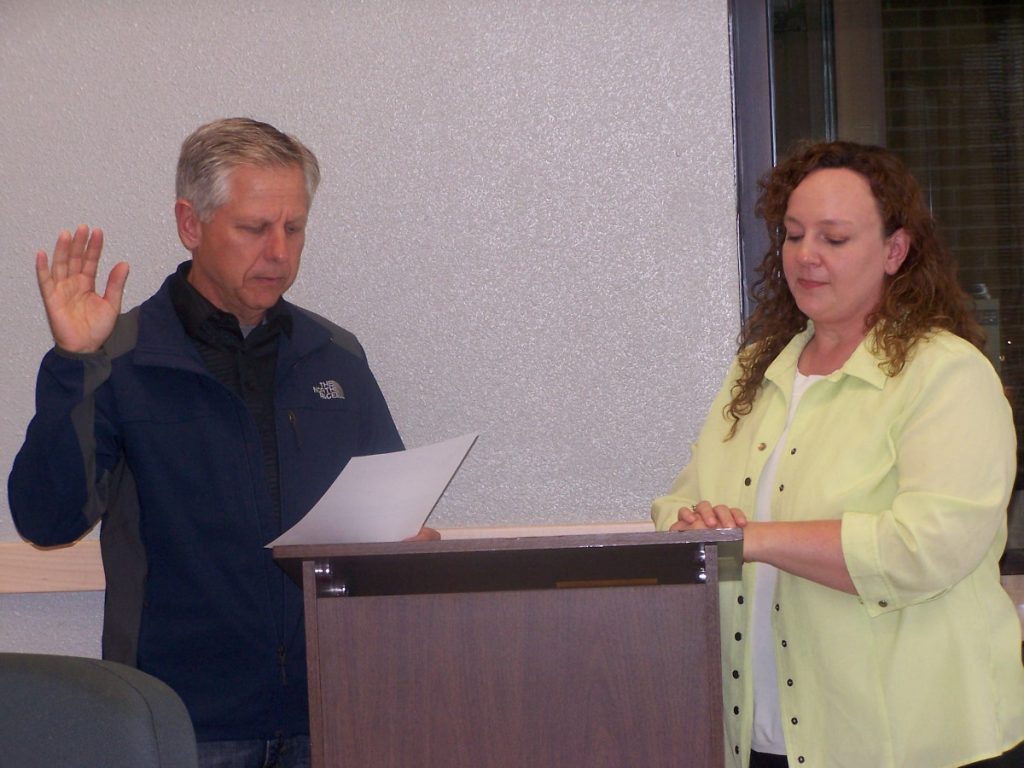 Updating on city financials, Peggy Porter, administrative director, noted fund balances remain steady with a balance of nearly $1.9 million, but several large payments are due this month.  Porter cited, for example, an upcoming final payment on the City Hall roof project, which is over $50,000.

Porter said budget constraints are prevalent right now as the fiscal year comes to a close.  She added this narrowing in spending occurs each year as the city nears the end of the annual budget cycle.

The Missouri Public Utility Alliance (MPUA) grant application for upgrading residential electric meters was approved March 31, and the City is receiving $62,862, an amount higher than the $47,860 previously expected. Mayor Norman explained these new meters are not deemed smart meters, and the city’s residential meters are being upgraded to attain more accuracy in recording the customer usage data, solely for the billing process.

Councilman Keith Jones commented studies by a California institute of science show that radio frequencies transmitted by this type of meter is much lower than frequencies from cell phones and microwave ovens.

Porter advised the meters have been ordered, and may be delivered next week.

Council briefly discussed the use and affordability of upgrading the water meter reading system as well.  The Mayor noted additional research was needed to ascertain benefits and whether or not the city could afford the project. Councilman Keith Jones advised discussing the issue with the City of Cassville as the municipality recently installed a new system, and according to their administrator, the water loss deficit improved greatly, moving from a high of 33% to a low of 6%, a notable improvement.

Norman said he would also like to look at systems in Nixa and other nearby areas.

Norman reported Ava Chamber of Commerce board president, Anita Madche, has requested that the City increase their annual financial support to the Chamber by $9,480, for a total donation of $37,080.

In her letter to the City of Ava Madche says, “although the Director does not work directly for the City of Ava, I kindly request you consider a raise of $790 monthly to the financial support of the Chamber of Commerce.”

The City presently funds Chamber salaries and activities with an annual donation of $27,600.  No action was taken, as the contract renewal is due in June.

For clarification purposes, council also approved the mayor’s request to change job titles for Jennifer Lakey and Leisa Bloomer, as noted above.

Lane Lakey and Jamie Dry were re-appointed to planning and zoning commission, for four-year terms. 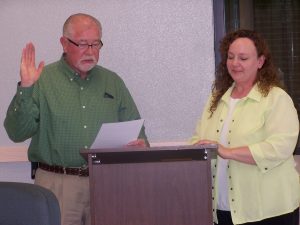 Council voted 4-0 to accept the results of the municipal election held on Tuesday, April 5, and the re-election of Keith Jones to the East Ward and Alderman Stan Lovan to the West Ward.  Both councilmen took the oath of office at the onset of the meeting.

Councilmen Burrely Loftin and Leon Harris made the motions.

The Municipal Court docket from March 18, 2016, was accepted 4-0, with motions by Jones and Loftin.

City Clerk Suzanne Welsh noted Missouri Municipal League training for elected officials is June 9-10 in Columbia, Mo., and registration is open to councilmen.  Alderman Keith Jones said he would like to attend the session.

Welsh also advised Spring Clean-Up is set for May 2-6, with no hazardous materials allowed during the pick-up. She noted electronics will not be accepted either, but a pick-up time is being planned for a later date.

According to the city clerk, closed session topics centered on litigation, real estate, and personnel issues, however, no actions were taken.  However, the aldermen did review several applicants who had recently responded to a search for an additional police officer; no action was taken and applications are still being accepted.

In other updates, Mayor Norman advised a pump has been ordered for the fueling system at the municipal airport.  The city is also planning to resurface the runway in the fall, and funding for added improvements may be available.  It was noted the budget has $12,000 earmarked for the runway-paving project.

Norman said the sidewalk project from the school to the park remains in limbo as the city is still waiting for easements to come through from three different property owners.

The city’s grant application for sidewalk improvements around the square is still under review.

For video of the meeting, go to  www.douglascountyherald.com