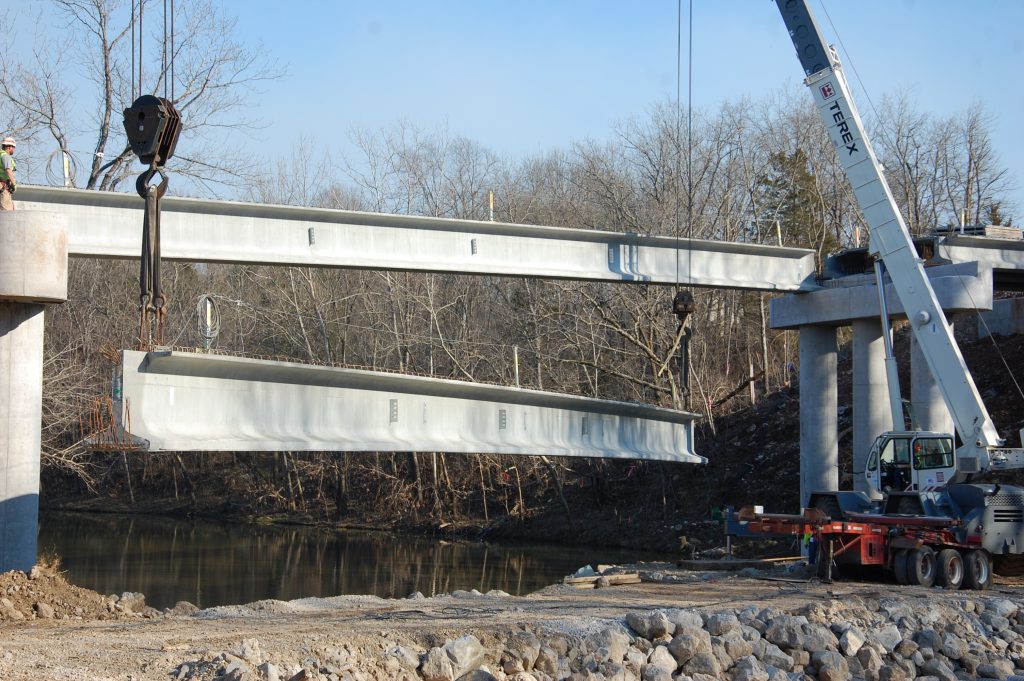 Three more huge beams were hoisted into place Monday afternoon as work on the new bridge across Beaver Creek at Rome moves toward completion. Giant cranes, one on each end, lifted the beams into place while workers made sure they were positioned correctly on the support pillars. The second of three beams is being lifted into place in the picture above. Three more beams are to be set this week, to complete the major span of the bridge. The three set Monday are inches over 108 feet long; the remaining beams will be five inches shorter, at just under 108 feet. Each beam weighs approximately 85,000 pounds. Completion is scheduled for early May.