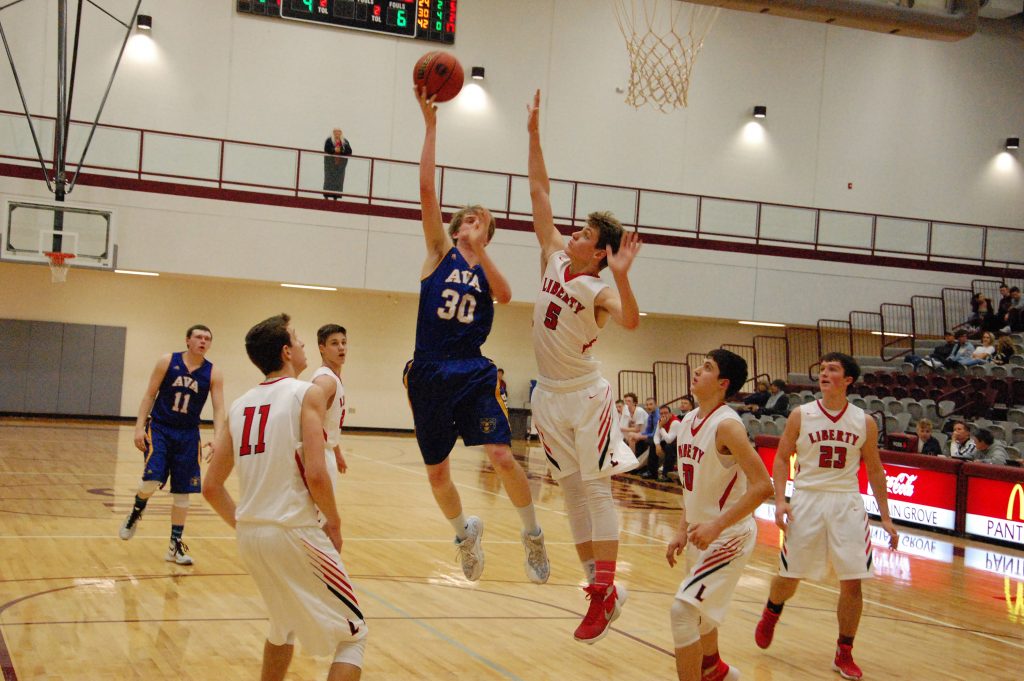 The Ava Bears saw the 2015-16 basketball season come to a close Tuesday night in the first round of district play at Mtn. Grove.

The Bears entered the post-season tournament as the No. 6 seed and fell to Liberty of Mtn. View, 73-47.

This was the second time the Bears had faced Liberty this month, with the first meeting being on the Ava court on Feb. 12. That game resulted in a similar score, 74-48, in favor of the Eagles.

The Ava Bears hosted the Bears of Willow Springs in SCA play last Friday night in the final game of the regular season. That decision went to Willow Springs, 50-45.

The Bears’ season ends with a record of 5-16 overall and 1-6 in conference.

Rounding out the scoring for Ava were Chase Dodson 8, John Lazorchak 3 and Colton Skyles 3.

After playing the Willow Bears to a 12-12 tie after one quarter, the Bears pulled ahead 30-26 at halftime.

A Willow Springs offensive run and an Ava scoring drought resulted in a 16-4 run by the visitors in the third quarter that allowed Willow Springs to pull out to a 42-34 advantage. Ava outscored Willow in the final frame but it was not enough to overcome the deficit.

In the district game Tuesday night, Liberty jumped on the Bears for an early lead and never looked back, applying full-court pressure defense almost the entire game.

Liberty continued its onslaught in the second half, leading 61-34 after three quarters of play.

Liberty senior Corbin Dewick led all scorers with 28 points on the night.

Ava junior Colton Skyles led the Bears with 19 points and was the only Ava player in double figures.

Rosas, Johnson and Potts each picked up their fourth personal foul in the third quarter and Rosas fouled out with 3:53 remaining in the game.

Liberty’s Shalin Stout had picked up his fifth personal with 5:29 left in the game.