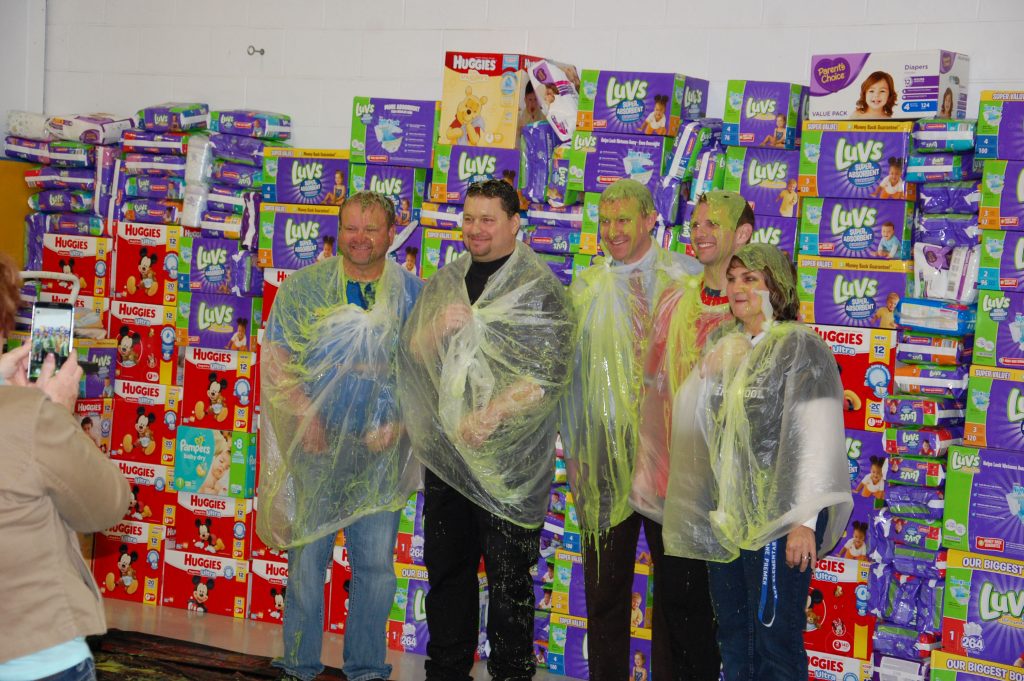 Options Pregnancy Center issued a challenge to Ava Elementary students a few weeks ago to generate diapers for the local center.

If students would bring in 5,000 diapers, a student would get to pour green slime on Principal Clint Hall. 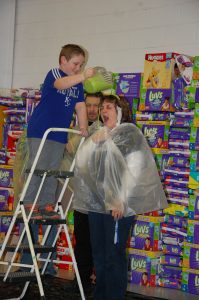 The challenge came to a head Tuesday morning, and when the final tally was made the students had surpassed their goal by almost five times. So, it was only fair that five people would get “slimed.”

Lacey Wallace, counselor at Options, announced at a school assembly Tuesday morning that students had collected 23,062 diapers, with a monetary value of around $7,000!

She was overwhelmed by the generosity of the Ava community and presented special gifts to the top diaper producing classes.

Teacher Karen Brothers was also presented a special gift for her extra work in promoting the challenge in the school and community.

Because of the overwhelming success of the project, Options arranged to have every child in the elementary school receive a gift from Walmart, Sonic and Options at the conclusion of the assembly.