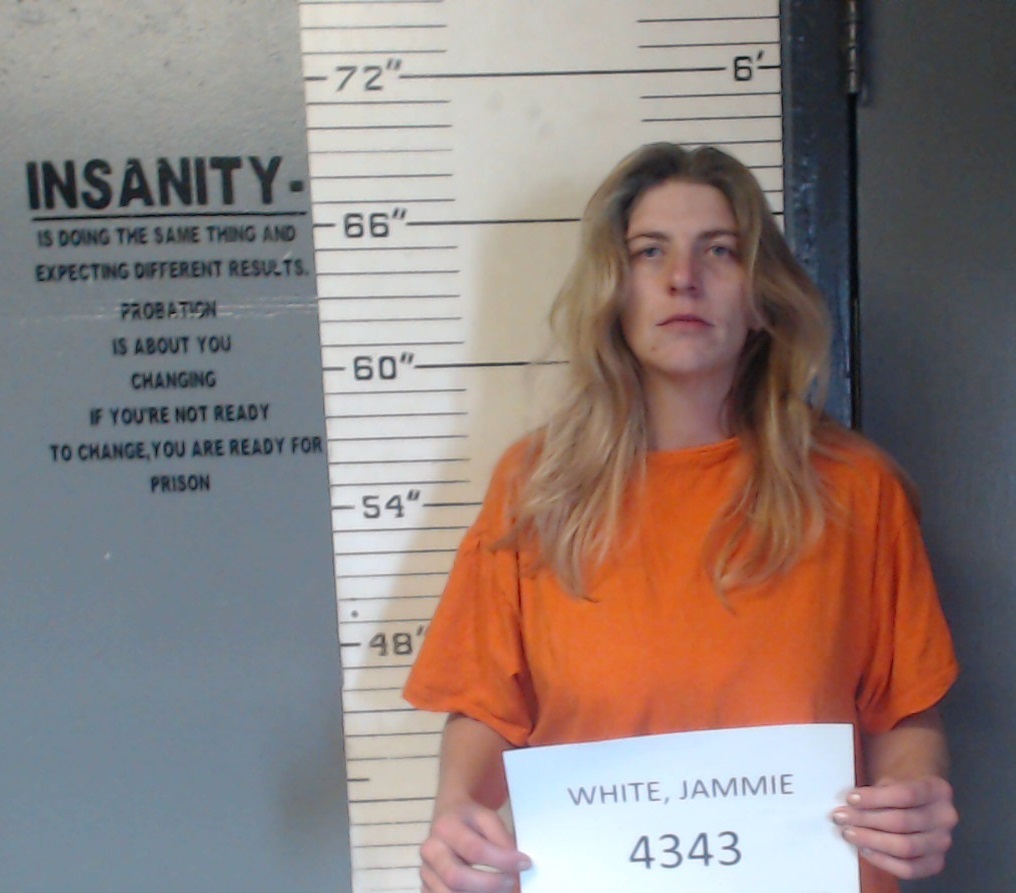 Sheriff’s Dept. Is Investigating Another Homicide In the Vanzant Area Monday

Douglas County Prosecuting Attorney Christopher Wade and Sheriff Chris Degase held a press conference Tuesday morning to announce that a second person has been charged in the death of Robert Koch.

Cory G. Walker, 28, was charged with 2nd degree murder at the time of Koch’s death.

At the press conference Tuesday outside the Douglas County Sheriff’s Office, it was announced that Jammie White, 35, apparently a girlfriend of both men, was charged over the weekend with 1st degree murder in the same case. She was also charged with two counts of child endangerment.

Asked why White was charged with 1st degree murder while Walker was charged with 2nd degree, Prosecutor Wade said the charge against Walker could be amended, pending a continuing investigation.

Sheriff Degase said White was charged with 1st degree murder because she knew about, and facilitated, the planned murder of Robert Koch. She is charged with child endangerment because her two minor children were in the vehicle with Robert Koch when he arrived at Walker’s residence on the night he was killed, and she made no effort to stop the murder nor to protect her children, ages 10 and 12.

The probable cause affidavit states she hid in the bathroom and made no effort to stop the confrontation.

Bond for Jammie White was set at $100,000 and she is being held in the Douglas County Jail.

Walker is being held in the Ozark County Jail, and Sheriff Degase said White and Walker will remain separated during their pretrial incarceration.

In a completely unrelated incident, Sheriff Degase also said Tuesday that his office is investigating the death of a Vanzant man that happened Monday afternoon during a domestic fight.

The man, whose name and age have not been released, apparently died from blunt force trauma to the head. His wife, who is believed to be responsible, was also injured and was in a hospital on Tuesday.

The sheriff said there was at least one witness to the incident that occurred at a home in the Vanzant community in eastern Douglas County.