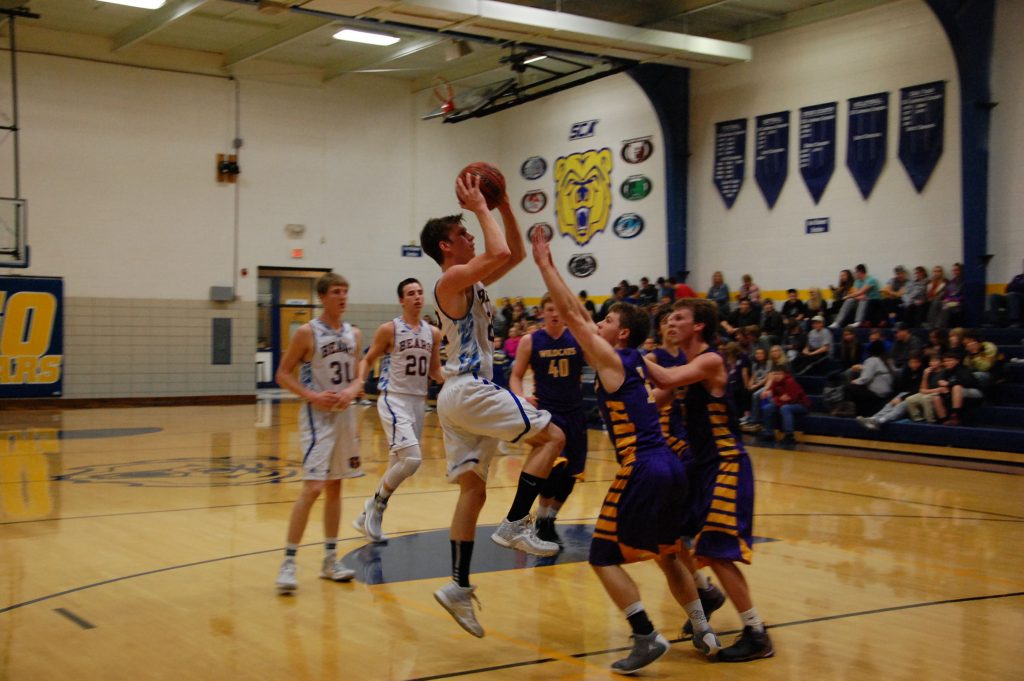 Jessie Slavens who led Ava with 16 points, shoots from the lane against Winona here Friday night. Also pictured is Anthony Rosas (20) for Ava.

The Ava Bears picked up a much-needed non-conference win over Winona here last Friday night but lost to host Mtn. Grove in first-round play of the Panthers Classic on Tuesday night.

Juniors Anthony Rosas and Colton Skyles had 15 and 14 points, respectively, for Ava.

Winona was led by 16 points from senior Tre Thomason.

The Bears entered the Mtn. Grove tournament as the No. 7 seed and faced the Panthers in first round action Tuesday night.

Slavens led the Bears with 15 points and Rosas and Lazorchak added 12 each, but it was not enough to overcome the scoring of the Panthers.

Ava will face Willow Springs in consolation action Friday night at 7:30. The Willow Bears lost to No. 3 Bakersfield 69-59 in the 7:30 game Tuesday.