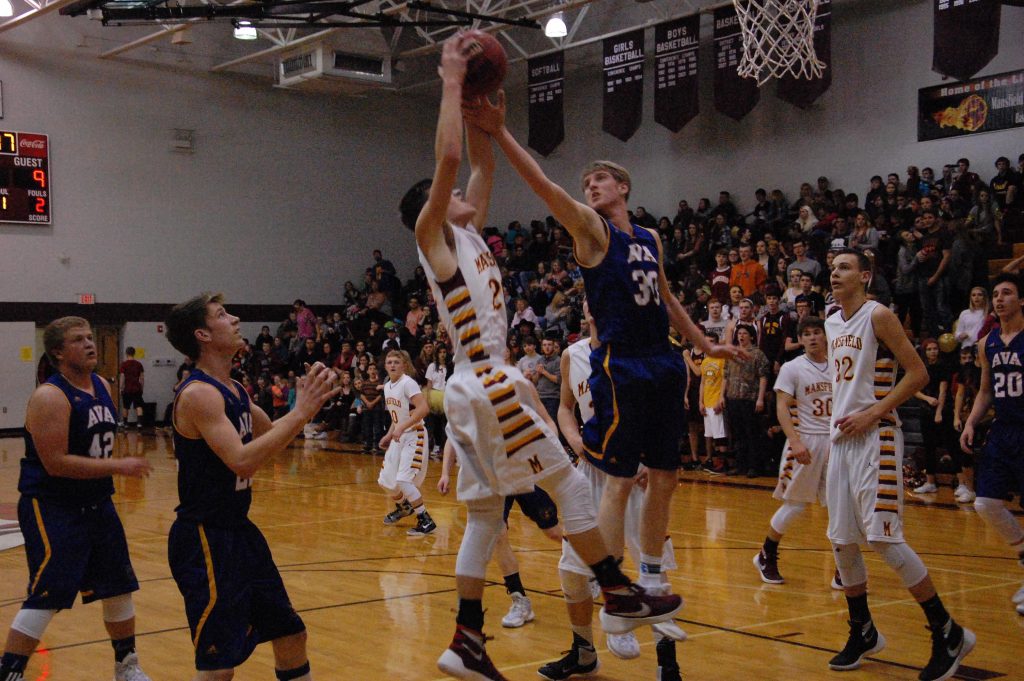 The Ava Bears made the short jaunt up Highway 5 to Mansfield for non-conference basketball action last Friday night, but when they got there it was no cake walk for the Bears.

Mansfield outscored Ava 16-2 in the third quarter and 33-16 in the second half for the win.

Three Ava players also fouled out in the fourth quarter.

Ava’s 6-foot-6 junior Anthony Rosas picked up his third personal foul with just over 3 1/2 minutes left in the second quarter and went to the bench with his fourth in the third period. Rosas, who managed only five points on the night, returned in the fourth quarter but fouled out with 5:55 left in the game. 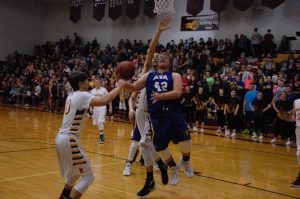 Senior Jessie Slavens fouled out with 11 points with 5:15 left and junior Colton Skyles picked up his fifth personal with 3:40 left in the contest. Skyles scored three points for Ava.

Mansfield’s Mason Roy led all scorers with 18 points. Justin Campbell had 15 and 6’8″ freshman Dylan Caruso had 14 points for the Lions.

The Bears were on the road Tuesday night and lost a non-conference game to the Conway Bears and former Ava coach Jeff Cope, 75-51.

Rosas led the Bears with 16 points, Skyles had nine and Slavens eight, including two 3-pointers.

Others scoring for Ava were Potts 7, Johnson 4, Gastineau 3 and Zimran Lawrence one free throw.

Ava outscored Conway 24-11 in the fourth quarter, but it was too little, too late.

The Bears will host Thayer in SCA play Friday night, with a C game beginning at 5:30, followed by the JV, then the varsity contest.

The Lutie game on Jan. 19 has been marked off the schedule, so next action for the Bears, after Friday, will be Jan. 22 when Ava hosts Winona in non-conference play. That will also be Hoopcoming at the Ava High School gym.