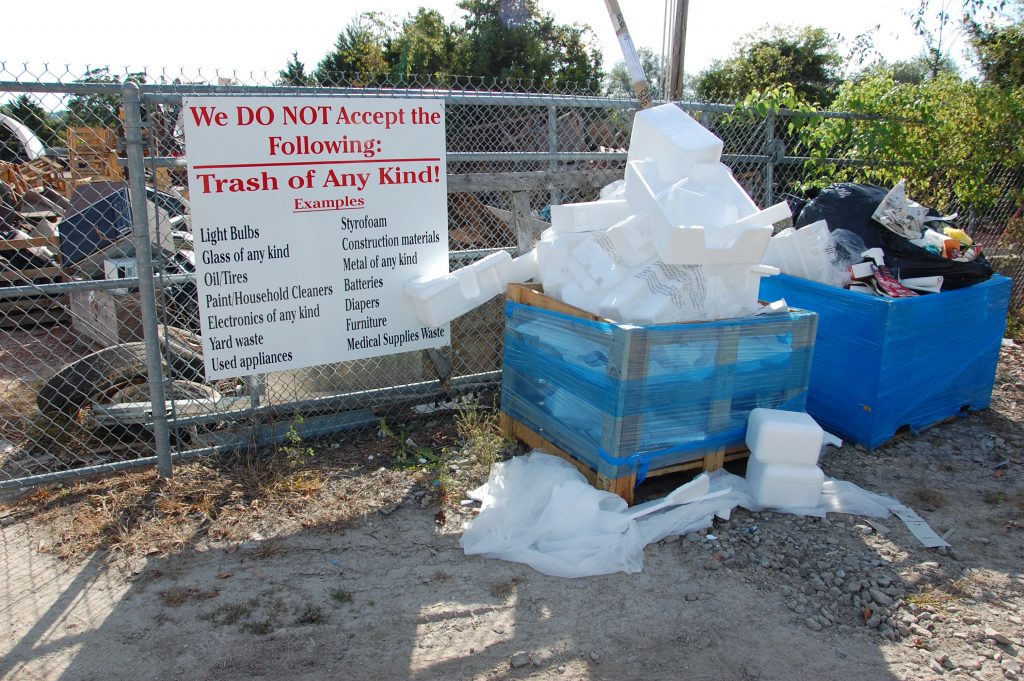 DoCo Inc. has tried to keep its drop-off open after hours and on weekends for the convenience of the public. But violations such as shown in the photo above will lead to restrictions, according to sheltered workshop manager Jim Brown. The photo above was not staged. Last Thursday morning workers arrived to find the bins overflowing with trash, right next to the sign that specifically lists items of trash that are not accepted, such as Styrofoam that more than fills the bin on the left. Brown said because of continued violations such as this, drop-off of recyclables will soon be limited to hours the facility is open and personnel are on hand to monitor what comes in.