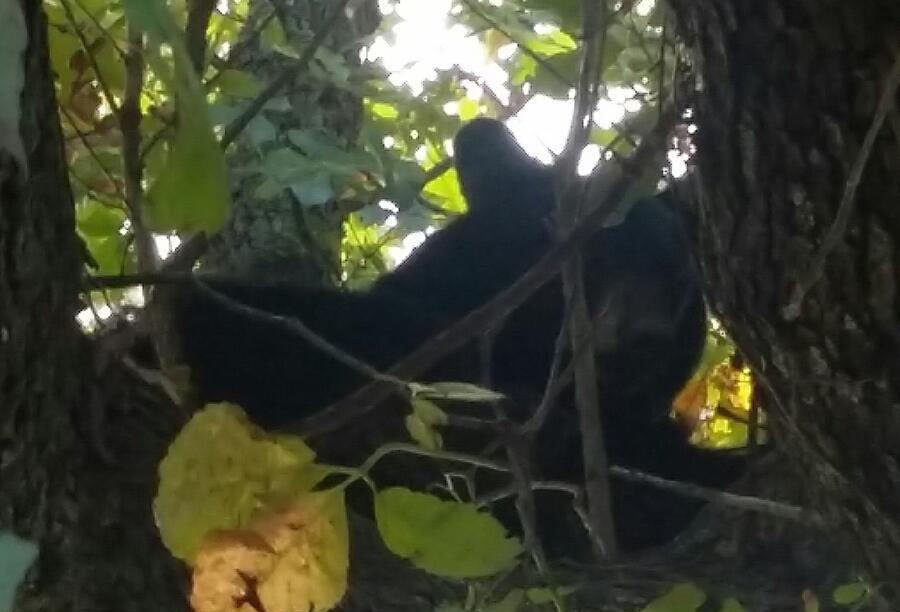 This black bear was photographed by Conservation Agent Mark Henry Thursday afternoon in a tree on NE 10th St. in Ava. City Utilities employee Justin Colburn said the bear crossed the street in front of him and ran up the tree in a wooded area in that section of town. After coming down from the tree, the bear ran west into the wooded area, and was again seen attempting to cross NE 8th Ave. west of Fox Trot Apartments. Barking dogs scared the bear back into the woods in that area. Henry said the bear was wearing a blue collar, indicating it has been trapped previously by the Conservation Department. He said if he could have read the numbers on the collar he could tell much more about it. This is a reminder to residents both in town and in the rural areas to not leave garbage and food items out where they will attract bears. Black bears are not considered a threat to humans unless they feel threatened.