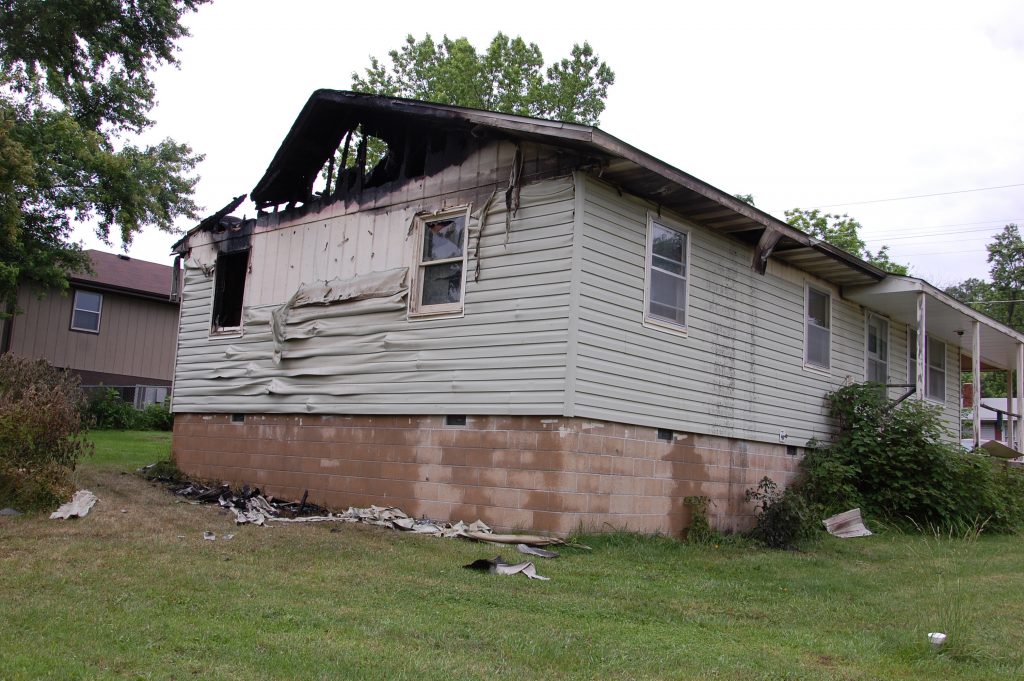 The Sue Merriett home in northeast Ava was damaged by fire Sunday evening. The Ava Fire Department was able to restrict fire damage to the southwest corner of the residence.

The Ava Volunteer Fire Department responded to a house fire in the 700 block of NE 14th Street in Ava last Sunday evening.
The home, owned by Sue Merriett, suffered moderate structural damage and heavy damage from heat and smoke, according to Fire Chief Tom Woods. Apparently no one was home when the fire started and, subsequently, no one was injured.
The fire was reported at 6:05 p.m. and damage was restricted to the southwest corner of the structure.
The residence had been affected by previous storm damage to that section of the house and it is believed the fire started from an electrical short in a ceiling fan.