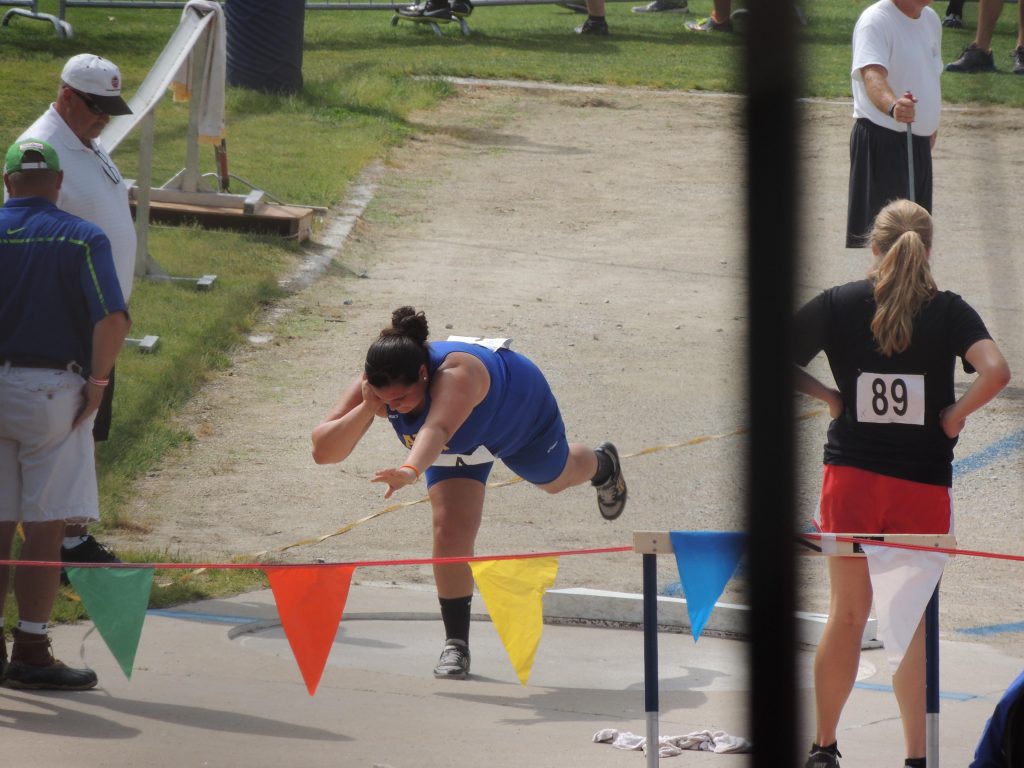 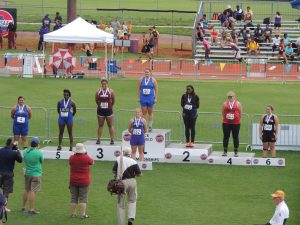 Senior Maranda Yost put the icing on the cake of her high school track career by earning all state honors in the shot put on Friday at Lincoln University in Jefferson City.
Maranda competed against the top 16 Class 3 throwers and then qualified for finals where she threw 34’5″ to place 7th and become the first Ava Lady Bear thrower to earn that title.
Maranda broke the school record this year with a toss of 36 feet, 6 inches. She also captured the conference title both her junior and senior years and is the 2015 district champ in the shot put.
Junior Bailey Ray finished in 10th and rebroke her own school record in the 3200 meter run by 8 seconds with a time of 11:58. Bailey  also holds the cross country women’s school record.
Junior Caleb Stillings, a school record holder himself  in men’s cross country, placed 14th with a time of 4:38 in the 1600 meters.
Senior Kane Thompson placed 11th in the open 200-meter dash with a time of 22.85. Kane broke the school record in that same event at West Plains three weeks ago with a time of 22.41.