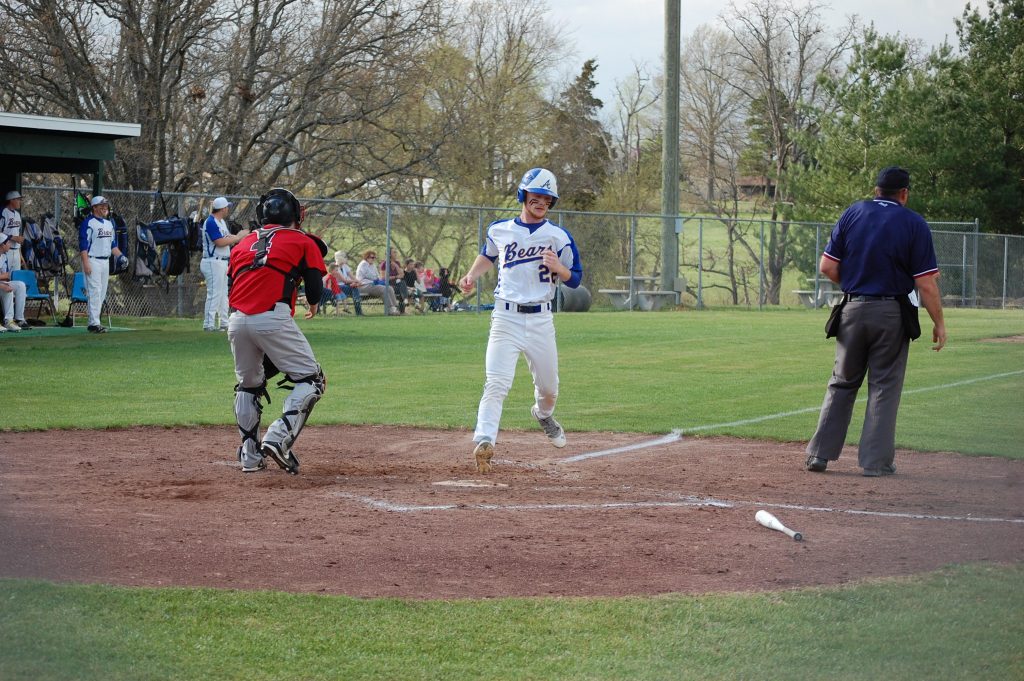 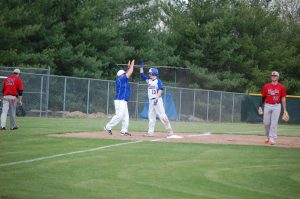 An 11-run Ava third inning sparked a 16-5 SCA win for the Bears over Houston here last Thursday afternoon.
Houston scored two runs in the top of the first and added one in the third before Ava exploded for 11 in the bottom of the inning.
Four Ava runs were scored in the third inning when batters were hit by a pitch with the bases loaded.
The Bears picked up their third SCA win of the season at home Monday over Salem, 7-3. Once again the Bears fell behind early, but took advantage of a big inning to take the lead and the win.
Salem took a two run lead in the top of the first inning. Ava came back with one in the first and another in the bottom of the third inning to tie the game at 2-all, only to see the Tigers regain the lead with a run in the top of the sixth.
The Bears then plated five runs in the bottom of the sixth, and sophomore Nick Sterling held the Tigers scoreless in the top of the seventh for the complete game and the win.
The Bears suffered only their second loss of the season at Seymour Tuesday afternoon in non-conference play, as the Tigers jumped on the Bears for a 15-5 decision.
The Bears held a 2-1 lead after two innings, but Seymour scored four runs in the third and 10 in the fourth to take a 15-2 lead. Ava closed the gap with three runs in the top of the fifth, but it was not enough to prevent the game from ending after five innings of play.
Each team had 10 hits on the day but Ava pitchers gave eight free passes, walking six and hitting two Seymour batters.
Each team had two errors in the game.
Morgan Smith got the start for the Bears and took the loss. Cody Huff pitched 1/3 inning and Kolten Ritter closed out the game with 2/3 inning.
Zach Hunsaker went the distance for the Bears in the Houston game last Thursday and helped his own cause by driving in a run with a double.
Morgan Smith was the big gun for the Bears, however, with five RBIs in the game and going 3-for-4 at the plate with a double.
Shannon Porter drove in three runs and scored three runs, hitting 2-for-2 on the day.
Chase Gastineau was also 2-for-2 with three runs scored and one RBI.
Smith was 2-for-4 with an RBI and a run scored against Salem on Monday.
Cody Huff was 3-for-3 at Seymour on Tuesday with three runs batted in.
The Bears will host Cabool in conference action today (Thursday) at Kerr Field and will play a double-header at Fair Grove with Fair Grove and Springfield Central on Saturday.
The Bears will continue SCA play at Mtn. View-Liberty on Monday and will play the Panthers at Mtn. Grove on Thursday, April 23.