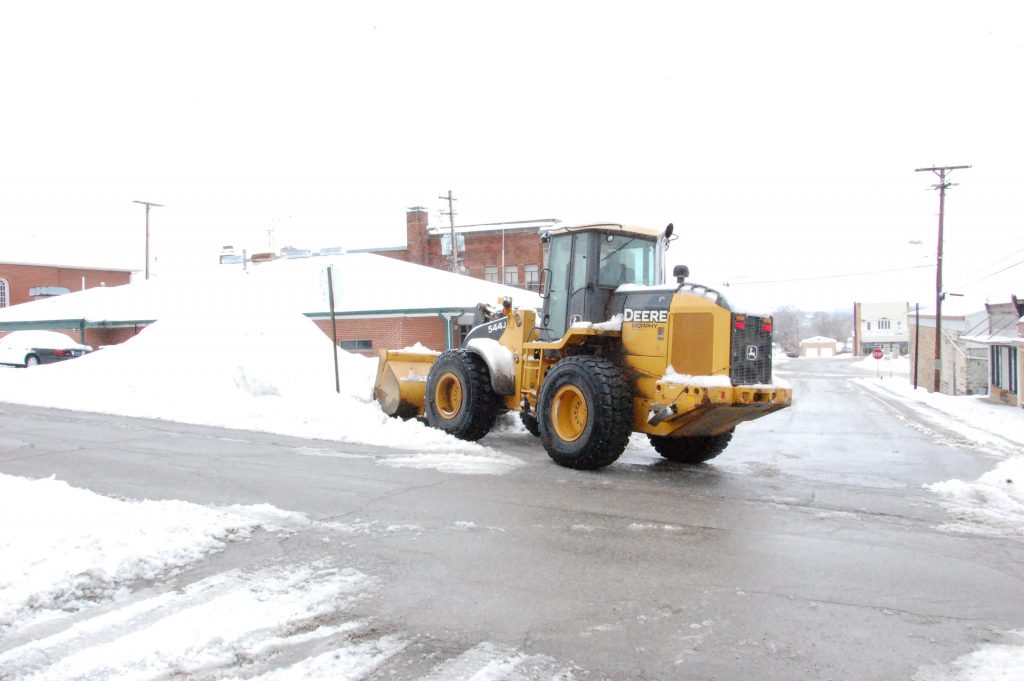 When the snow quit falling last weekend, county equipment operator Darrell George came in Sunday morning to clear the parking areas around the courthouse and sheriff's office. County Commissioner Craig Cunningham was also there to assist in the clean-up effort.

Maybe, just maybe, when this current winter storm pattern moves out we will see a moderation in temperatures and a weather change.
This region was locked in a winter mode for practically all of February, and since Feb. 15 there has been snow on the ground.
Heavy snowfall in mid-February accumulated to 7 inches officially and up to 10 or 12 inches in some areas. With only a couple of afternoons when the temperature rose above 32 degrees, there was little melting.
The weatherman predicted that snow would start falling around noon last Saturday; instead it began early morning and lasted most of the day, accumulating to another 4 inches or so on top of what was still there.
Wednesday, March 4, began with freezing rain, then sleet changing to heavy snow during the morning hours, driven by a strong, north wind.
The snow slacked off during the afternoon hours and winds were expected to diminish, allowing for another cold night with temperatures once again dropping to single digits.
But…after that, a warming trend is expected to begin with temperatures warming into the 50s by Saturday, with sunny skies through the weekend.
Ava R-l Schools were closed Monday, Tuesday and Wednesday this week with little chance of buses running today (Thursday). A total of 11 days have currently been missed for snow and ice.