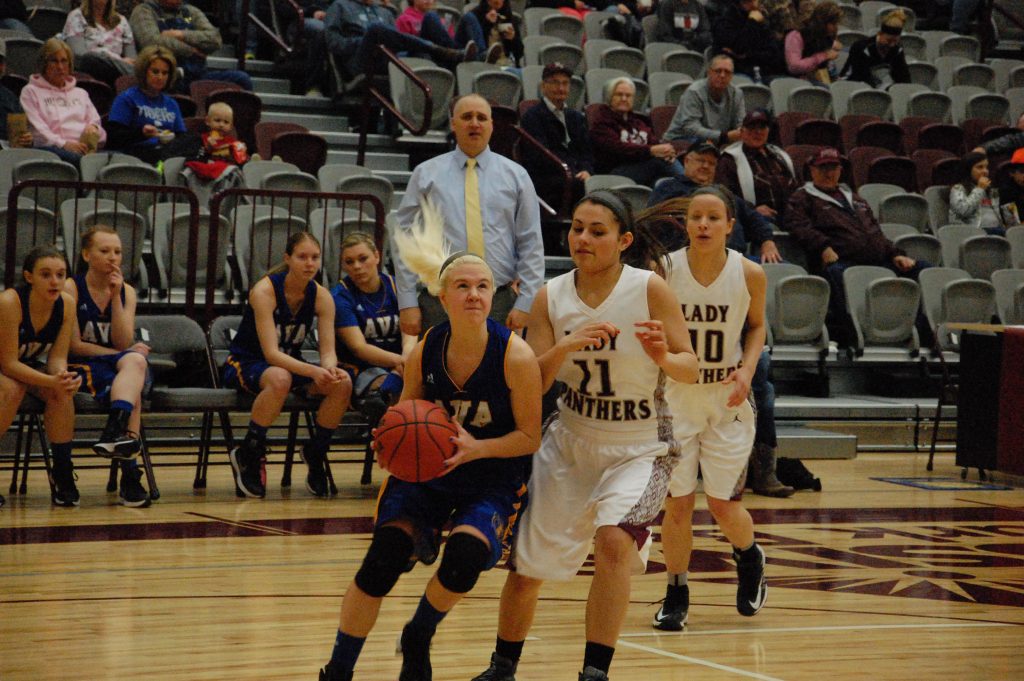 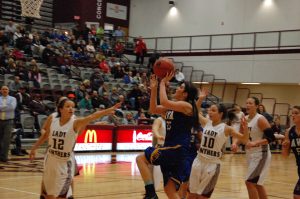 The 2014-15 Ava High School basketball season is now history, with both the Bears and Lady Bears losing first-round games in the district tournament this week.
With more freezing rain falling during the night Friday and anticipated freezing temperatures on Saturday night, first-round games of the Class 3, District 10 Tournament at Mtn. Grove were postponed until Monday.
The shift of girls’ opening games to Monday also pushed the boys’ games back to Tuesday night.
The Lady Bears entered the district tournament as the No. 5 seed, facing Mtn. Grove in first-round play.
On the previous Wednesday, Ava had lost to Mtn. Grove by 31 points in conference play, but it was a different game on Monday night.
Ava jumped out to an early lead and led the Lady Panthers 15-14 at the end of the first quarter.
Ava kept the host Panthers close throughout, and wound up with a 41-37 loss, quite an improvement over the previous outing.
Sophomore point guard Emily Guengerich led the Ava girls in scoring with 10 points. Jacey Swofford added 9, McKenna Hunsaker 8, Lakota Blakey 7 and Hope Evans 3.
The Ava Bears were also seeded fifth in the district tournament and took on the Panthers of Forsyth on Tuesday night.
Like the Lady Bears, the Bears kept the game close, and the final score of 59-44 was the widest margin on the night.
Forsyth led the Bears 30-21 at the half.
Chase Gastineau led the Bears with 10 points and Anthony Rosas and Shannon Porter had 9 each. Others scoring for Ava were Nate Bray 5, Morgan Smith 5, John Luebbering 4, and Colton Skyles 2.
Brandon Jahn had 19 points for Forsyth.
Both the Bears and Lady Bears struggled this year under first-year coaches. In Scott Payne’s first year of coaching at Ava, the Bears finished with an overall record of 8-18. The Lady Bears, in coach Steve Sanders’ first year at the helm, finished with a record of 9-16.