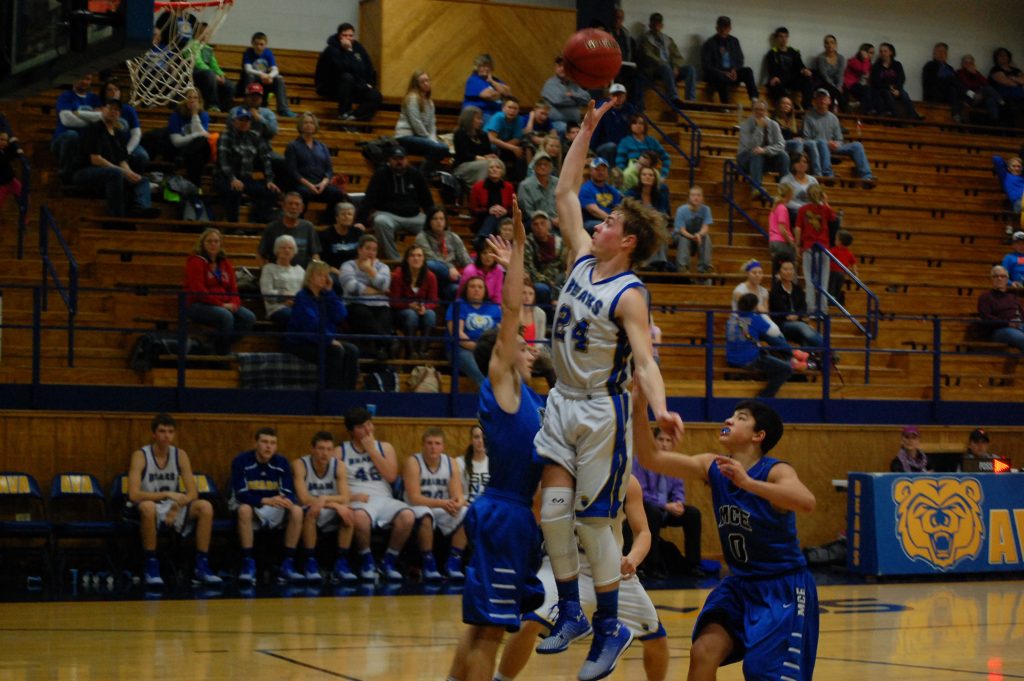 The Ava Bears made the long trip to Thayer last Friday night and opened the SCA schedule with a 63-45 loss to the Bobcats.
On Tuesday night, the Bears were back on the home court and claimed a 68-48 win over Marion C. Early of Morrisville.
Anthony Rosas scored 16 points in the fourth quarter and finished the game with 24 to lead Ava.  The 6’5″ sophomore center stepped back to sink three 3-point shots at Thayer.
Others scoring for Ava were Chase Gastineau 13, Nick Sterling 6 and Shannon Porter 2.
Ava made 5 of 9 free throws while the Bobcats connected on 15 of 19 from the line.
The Bears jumped out to a 16-7 first quarter lead here Tuesday night against the Marion C. Early Panthers and never looked back.
Ava led 29-12 at halftime of the game that saw 55 fouls called, with four players fouling out in the fourth quarter.
Rosas led Ava with 21 points and Porter had 15. Gastineau added 12 points, Sterling 9, John Luebbering 9, and Morgan Smith 2.
MCE converted 16 of 34 free throws while the Bears connected on 12 of 29 shots at the line.
Jordan Criss and Connor Wilkins each had 14 points to lead Morrisville.
The Bears will travel to Winona Friday night for a non-conference game, then will play next week in the Mtn. Grove tournament.
The Bears are seeded seventh and will play Marshfield in first round action at 6 o’clock Tuesday. With a win on Tuesday the Bears would play at 7:30 Thursday against either Mtn. Grove (3) or Willow Springs (6).
With a loss in the first round the Bears would play at 7:30 Friday.
Tournament finals will be played on Saturday, Jan. 31.