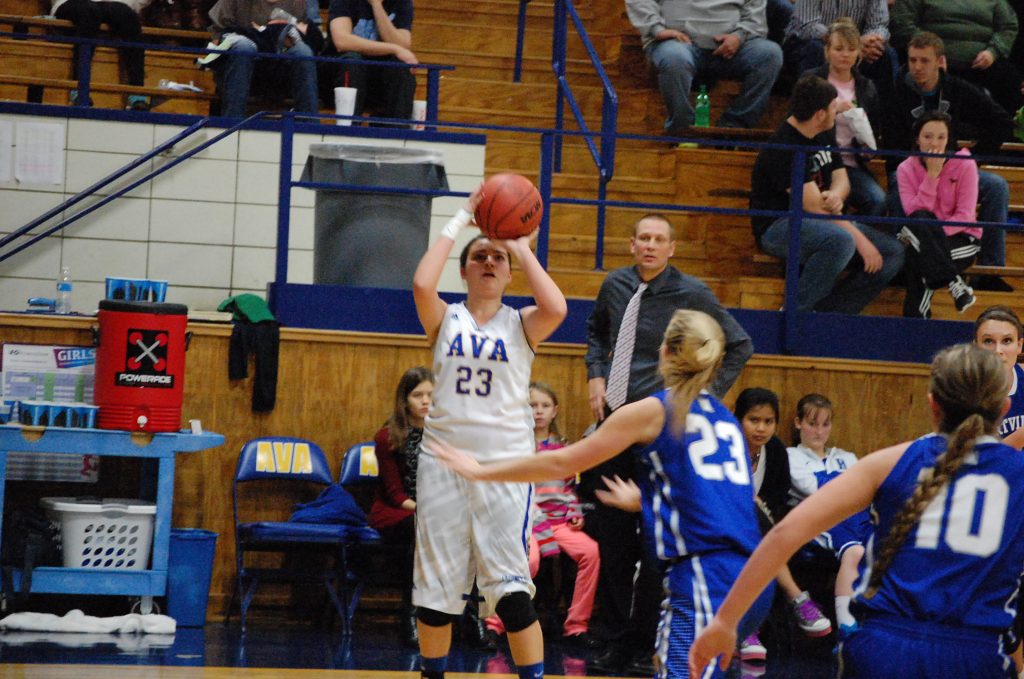 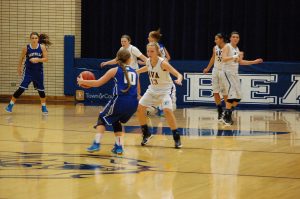 After losing to Salem in the first round of the Cabool Tournament last week, the Ava Lady Bears won their next two for consolation honors.
Monday night the Ava girls hosted Hartville and the shots simply would not fall for the Lady Bears, and the result was a 43-25 loss to the Lady Eagles.
In the second round of the Cabool Tournament, the Ava ladies defeated Seymour, 46-38, behind a strong offensive performance by Jayce Swofford who scored 16 points. Hope Evans was also in double figures for Ava with 11 markers.
Ava trailed Seymour 16-12 at the half but had a strong third quarter, outscoring Seymour 16-6.
The Lady Bears were 18 of 26 from the foul line.
Others scoring for Ava were McKenna Hunsaker 7, Callie Eubanks 6, Emily Guengerich 4, and Lakota Blakey 2.
Ally Helms had 18 points for Seymour.
On Saturday afternoon, the Ava girls played host Cabool in the tournament finals and won 54-50.
Swofford and Evans again led Ava with 24 and 12 points, respectively, and Eubanks added 11.
Ava connected on 10 of 14 free throws in the game.
Others scoring for Ava were Hunsaker 4 and Guengerich 3.
Brittany Whetstine had 20 points for Cabool.
The Ava ladies experienced a scoring drought on Monday night in one of those games when the shots just will not fall. 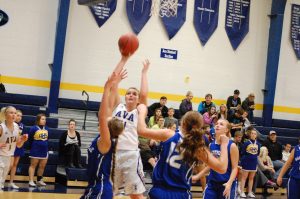 Ava trailed Hartville 11-6 after one quarter, and after a scoreless second quarter trailed the Lady Eagles 16-6 at the half. Hartville went on to beat the Lady Bears 43-25.
Ava hit only five of 12 shots at the line.
Guengerich and Evans had 6 points each to lead Ava’s scoring. Eubanks added 4 points, and with 3 each were Hunsaker, Swofford and Ashlee Lawrence.
Ava will be on the road to Rogersville tonight (Thursday) and will not play again until after Christmas.
On Dec. 26 Ava will take on Tuscumbia in Mtn. Grove’s first annual holiday tournament.
Ava and No. 5 seed Tuscumbia will play at 11 a.m. on Friday.
With a win the Lady Bears would play either Cabool or Dora at 2 o’clock Saturday. A loss would drop the Lady Bears to the loser’s bracket to play at 9:30 a.m. Saturday morning.
The tournament will conclude with the championship games on Tuesday, Dec. 30.