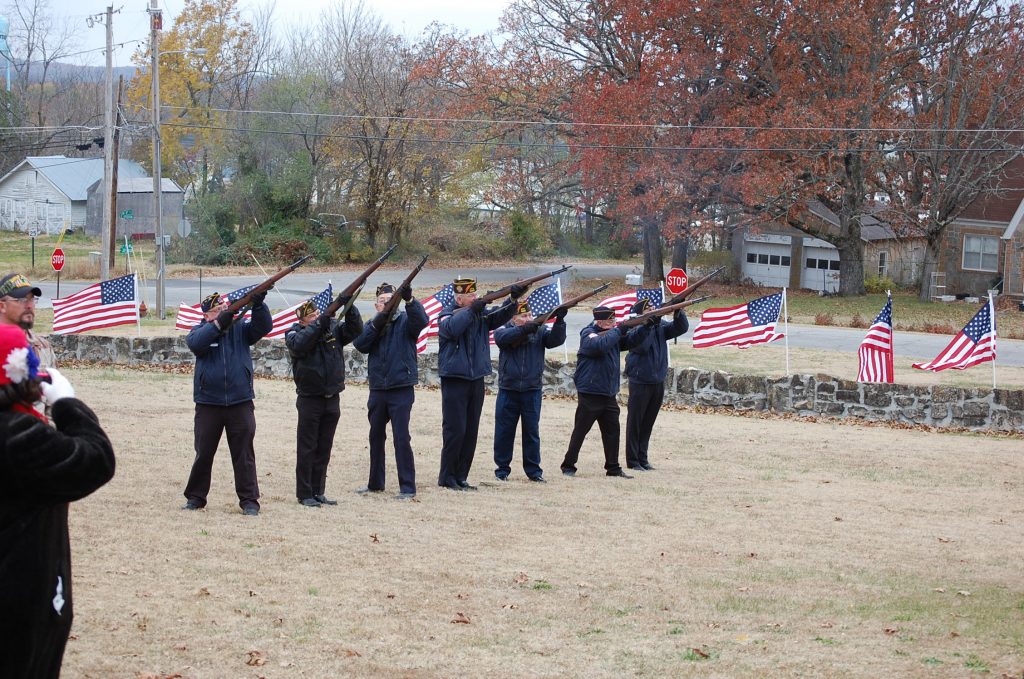 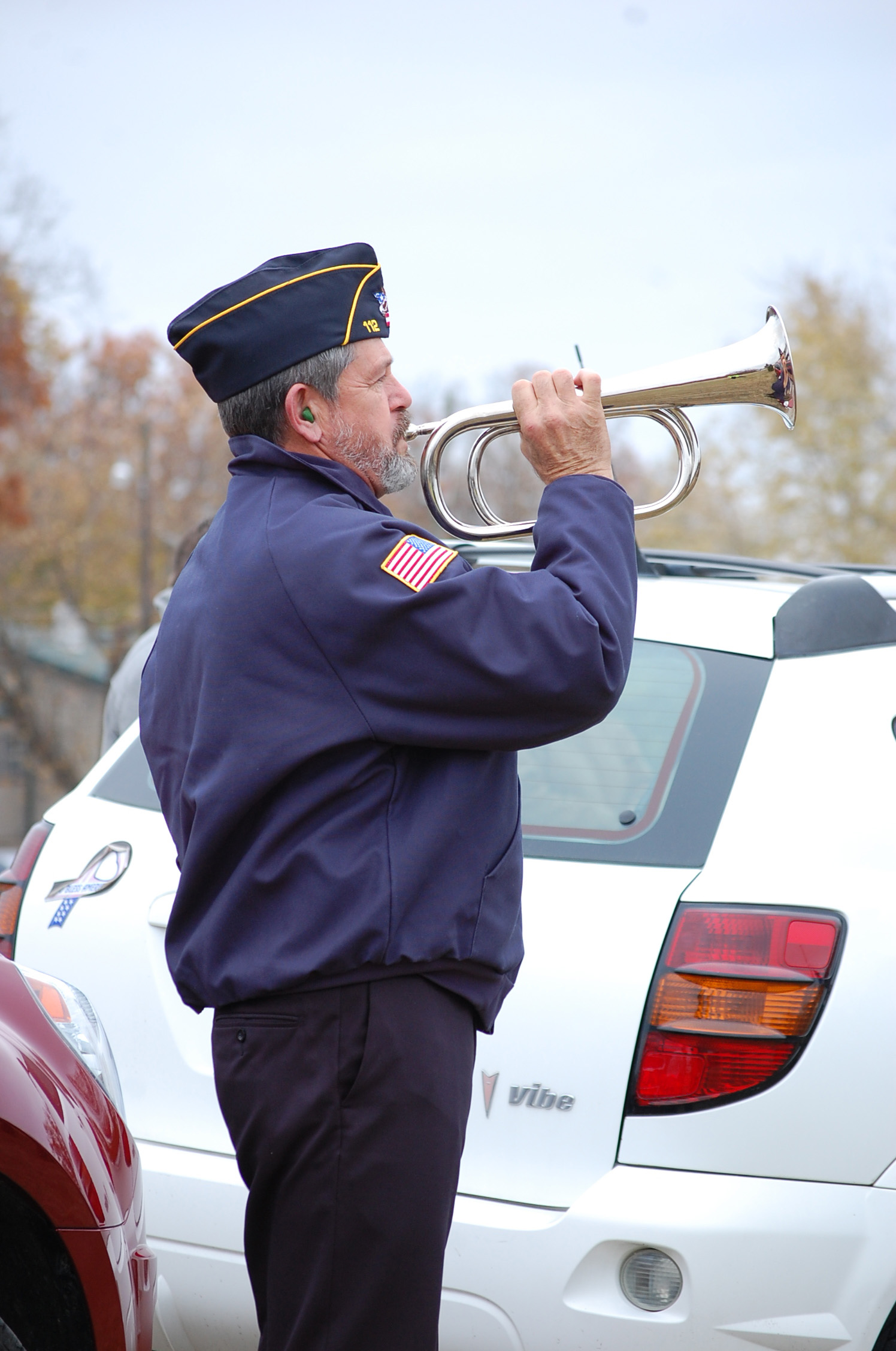 American Legion member Tom Bentley played Taps at the conclusion of the Veterans Day ceremony at the Ava Cemetery Tuesday. 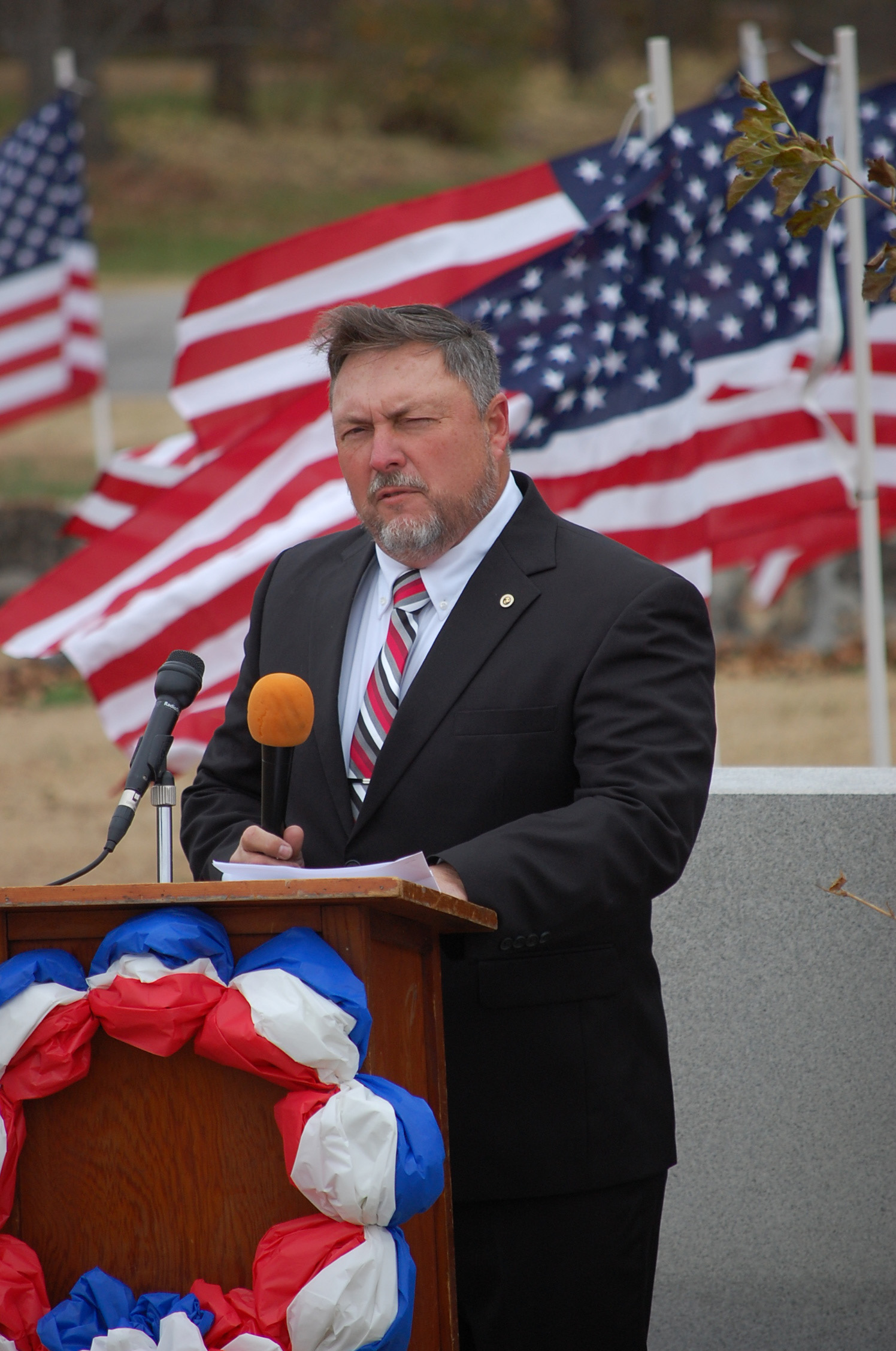 Keynote speaker was Ava native and Ava High School graduate Scott Huffman, retired chief warrant officer, U.S. Marine Corps.
CWO Huffman commented on the sacrifices made by the families of those who have served in combat.
“My grandmother and grandfather never got over the loss of their son (Scott’s uncle) who made the ultimate sacrifice to this country in 1945.”
Huffman also said he wanted to recognize those who had the desire to serve their country but were turned down for medical conditions or some other reason.
Like so many others, Huffman spoke to the fact that those who served in combat in World War I, World War II and Vietnam, never talked about their combat experiences.
They talked about “the trip over and the trip back”, he said. They would mention being in England or France, but other than that they didn’t say much about their war experiences.
Huffman said that as he watched the students perform at Ava Victory Academy at Sunday’s program he realized why he and all the other veterans served. “We served for the future of the United States of America and for better days ahead.”
Prior to Huffman’s presentation on Tuesday Bobby Page sang, “God Bless the U.S.A.” As the program concluded, wreaths were laid at the Veteran’s Memorial in the cemetery by members of the American Legion and VFW auxiliaries, in recognition of all veterans.