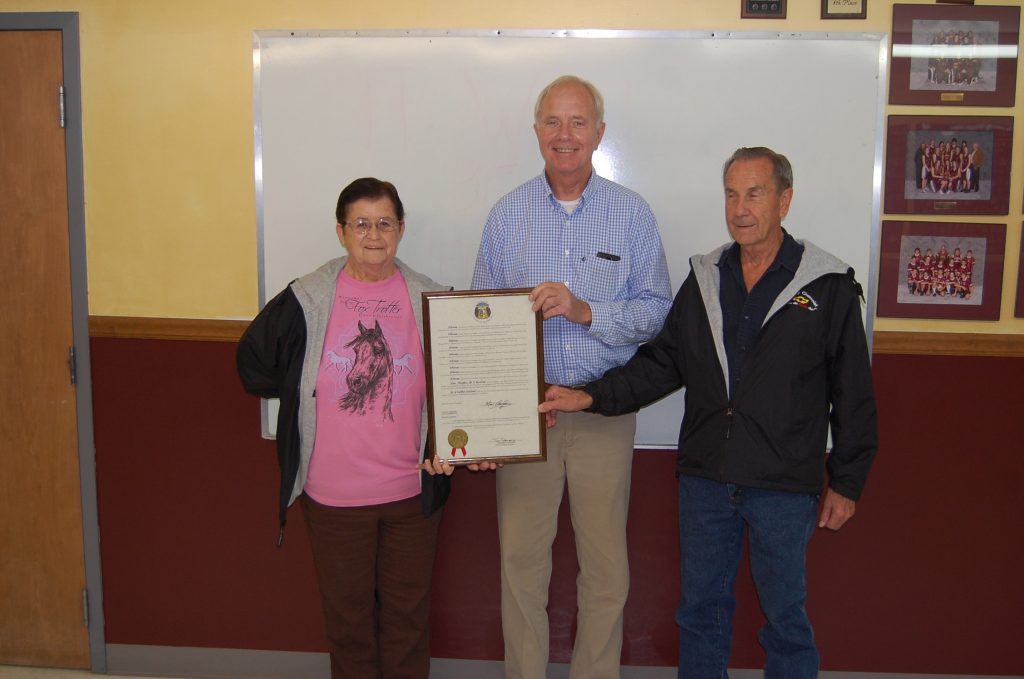 Don and Carol Cunningham, recent inductees into the Missouri Fox Trotting Horse Breed Association’s Hall of Fame, have been recognized with a senate resolution in their honor. Presented by Senator Mike Cunningham (no relation), of Missouri’s 33rd District, the resolution recognizes Don and Carol as owners, breeders and exhibitors of Missouri Fox Trotters including Missouri Outlaw C, Missouri Missy C, Miss Missouri C, Desperado C, Southern Jazz and the legendary Missouri Traveler; as well as the couple’s promotion of the breed throughout the country by judging horse shows, conducting seminars, and serving on committees to preserve and support the Missouri Fox Trotter. Sen. Cunningham (center) is presenting the Senate Resolution to Don and Carol in the photo above.