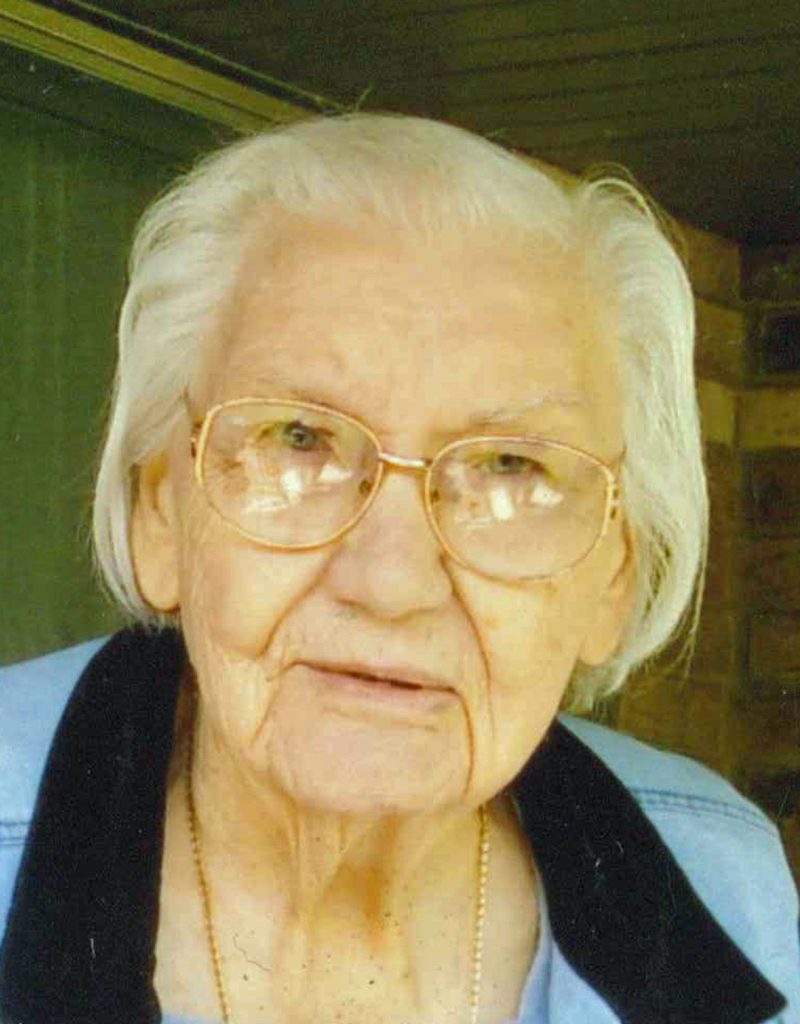 Myrtle Irene Akers, age 92, of Nixa, passed away Sunday, Nov. 9, 2014, in Nixa. She was born to Alfred and Bertha (Lawrence) Brixey, Oct. 26, 1922, in Cold Springs, Mo. She was united in marriage to Granville William Akers Aug. 6, 1942, at Granville’s parents’ home in Norwood. Myrtle was a Navy wife. She was a strong willed and direct person. Myrtle was honest and a Christian lady. She enjoyed quilting, and genealogy, and was a member of One Accord Free Will Baptist Church in Nixa.
Myrtle is survived by her husband of 72 years, Granville; a daughter, Diane Rase, and husband Larry, of Nixa; a daughter-in-law Lois Akers, of Springfield; six grandchildren; 14 great-grandchildren; and nine great-great-grandchildren.
She was preceded in death by her parents; a son, William Dale Akers; four brothers, Harley, Herbert, Lawrence, and Charles Brixey; and a sister, Stella Morris.
Funeral services were at 10 a.m. Wednesday, Nov. 12, in Adams Funeral Home, Nixa, with Pastor Bill Gilkerson officiating.  Burial followed in Thomas Cemetery, Norwood.
Memorial donations may be made to the One Accord Free Will Baptist Church Building Fund.
Arrangements are under the direction of Adams Funeral Home, Nixa.