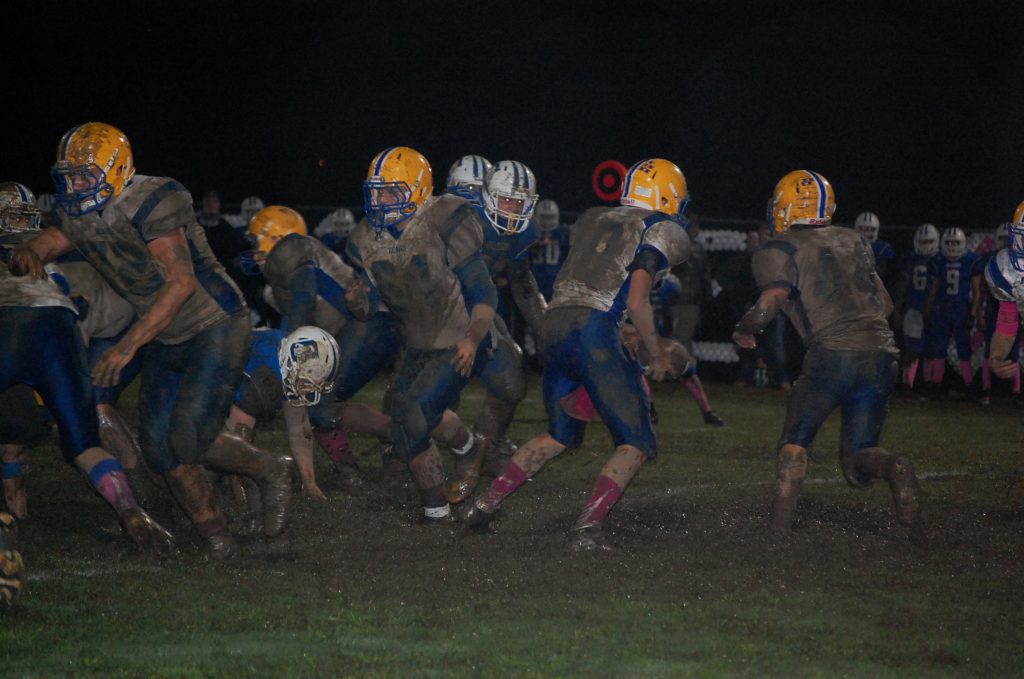 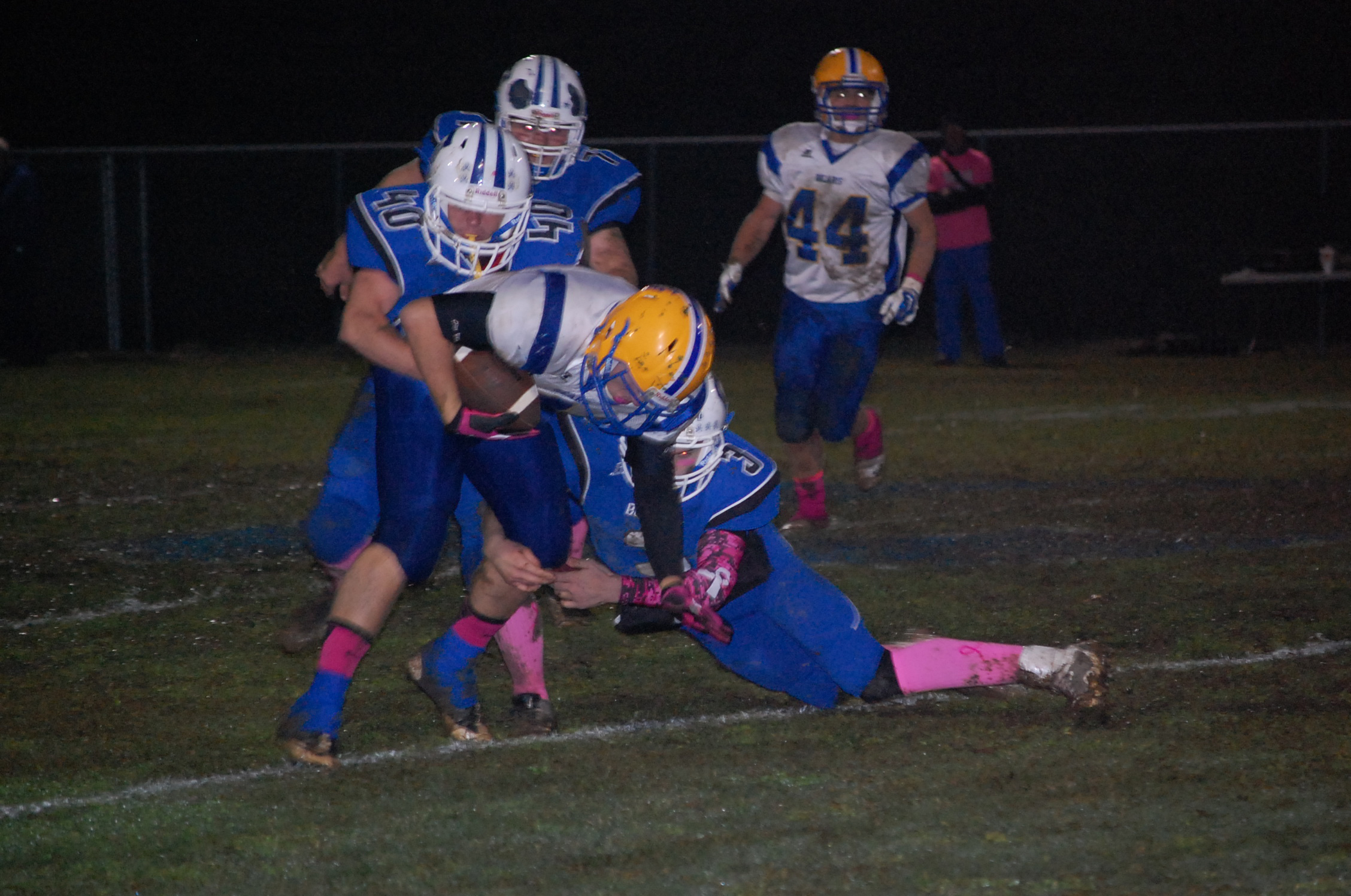 Cabool’s Pit became the Mud Pit Friday night as the Ava Bears and Bulldogs squared off in SCA football action.
Perhaps the mud was  partially to blame, but Ava’s Coach Daniel Swofford believes it was the tough Cabool defense that held Ava to its lowest rushing total of the season.
The Bears defeated the Bulldogs 26-6, scoring a single touchdown in each quarter and improving their record to 7-1 on the year.
The Bears will host Willow Springs Friday night and needs this win to hold a share of the SCA title and to maintain their position in the district rankings.
In the meantime, Mtn. Grove will be playing Thayer in this final game of the regular season, with district play to begin next Friday.
Mtn. Grove is currently the top-ranked team in the district, but the Bears trail by less than one point in the standings.
The Panthers defeated Ava in head-to-head play, but it is possible the Bears could move into the top position, depending on the outcome of Friday night’s games. 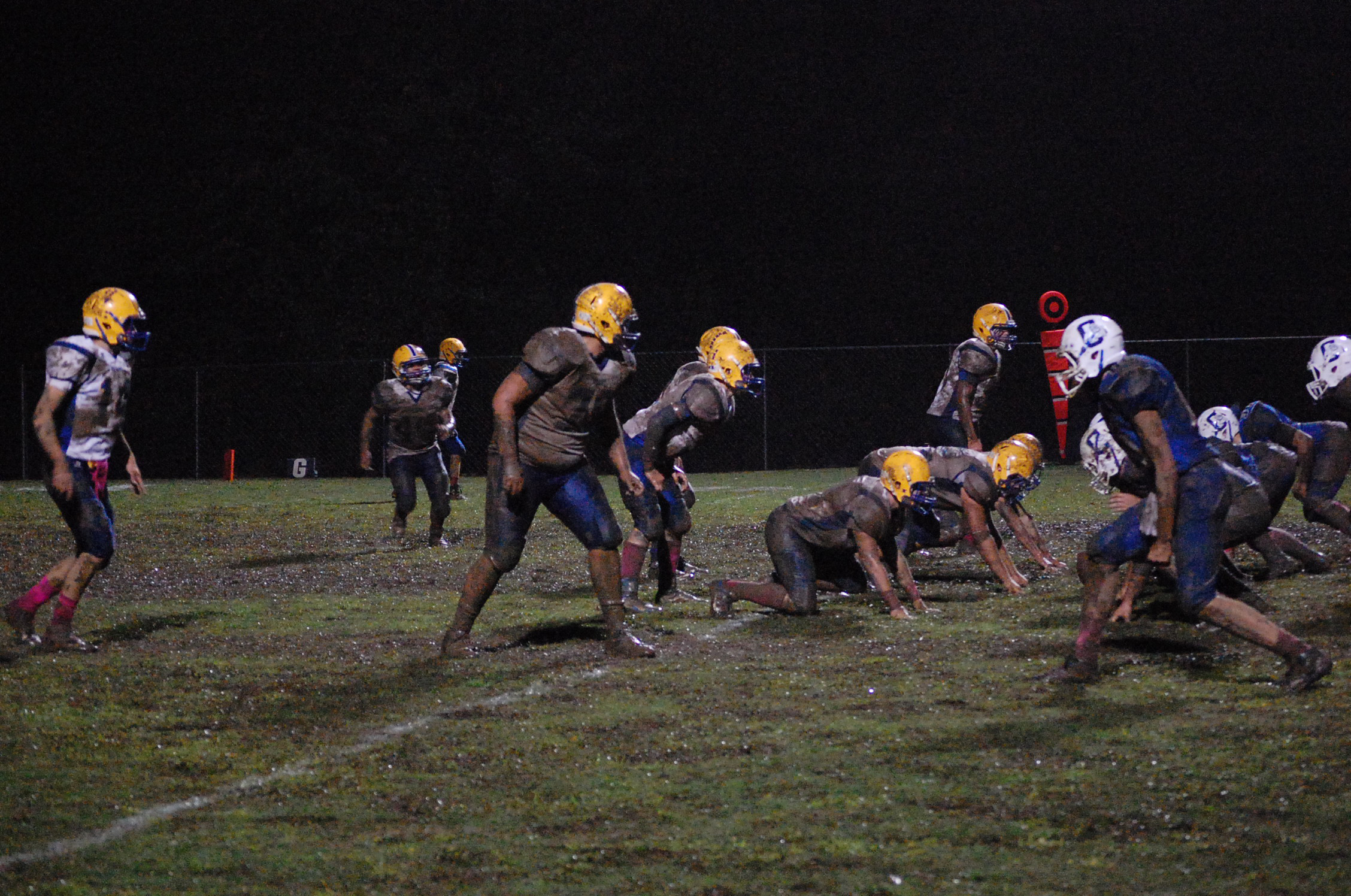 Tomorrow night will be Senior Night at Dr. C.E. Harlan Stadium. Senior football players will be introduced prior to the game, with pregame activities beginning at about 6:30.
Gerald Smith, who was Ava’s leading rusher at Cabool last Friday night, scored the Bears’ first touchdown, completing a 65-yard drive.
Ava received the game’s opening kickoff and maintained possession for just under six minutes before scoring at the 6:03 point.
Smith’s touchdown come on a 4-yard run, and Shannon Porter booted the extra point to put the Bears up 7-0.
It would be almost 18 minutes in game time before the Bears would add to its lead with less than a minute left in the first half.
Colten Akers scored on a 7-yard run with 37 seconds left to put the Bears up 13-0. Porter’s kick was blocked.
That Ava drive covered 56 yards and ran 6:05 off the clock, and gave the Bears a 13-0 halftime lead.
Cabool received the kickoff to start the second half and picked up a first down at the Ava 43. But strong defensive play by Nate Bray, Tristan Haltom, and others, forced the Bulldogs to punt the ball away on 4th and 15. 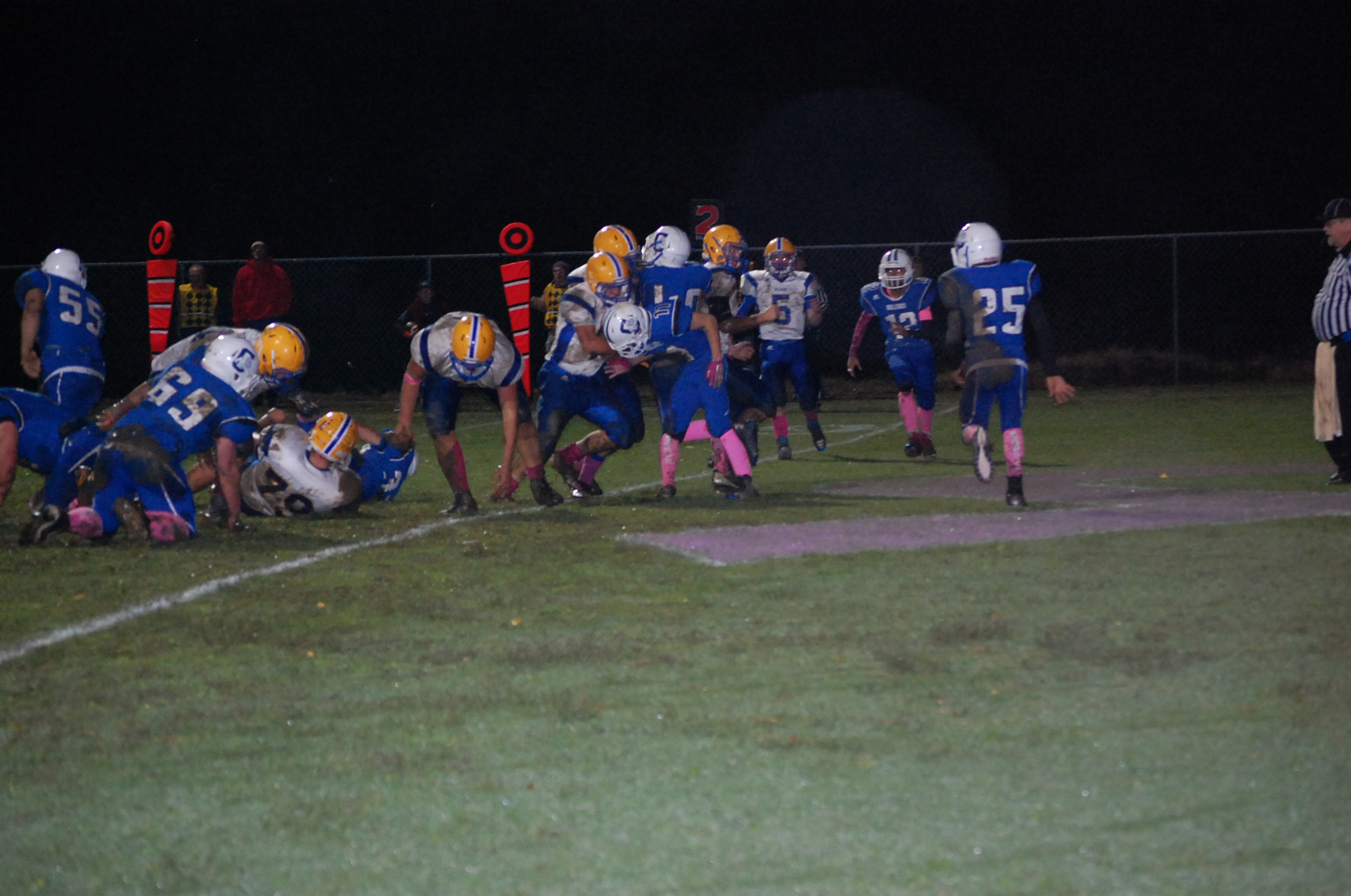 Ava picked up a 1st-and-10 and moved the ball to the Bears’ 35-yard line before quarterback Cody Huff connected with Caleb McFarlin for a 65-yard touchdown pass with 6:36 left in the third period, completing an 80-yard scoring drive.
The Bears went for the 2-point conversion, and Akers came up short on the run, holding Ava’s lead at 19-0.
When the chains were moved to begin the fourth quarter, Cabool was on the move after recovering an Ava fumble at the 34-yard line.
The Bulldogs picked up a 1st-and-goal at the 6-yard line and quarterback Tanner Barnes completed a 5-yard touchdown pass to Roderick Domingo with 10:52 left on the clock. Cabool’s kick was no good and the Ava lead was trimmed to 19-6.
After the Cabool score, the Bears maintained another lengthy possession, running the clock down to the 2:50 mark when Huff scored on a 1-yard sneak. This time Porter’s kick was good, setting the final score at 26-6.
Bray had 11 tackles for the Bears, including two for loss yardage and two quarterback sacks.
Derrick Bushong had seven tackles and three sacks for Ava.
Offensively, Smith was the team’s leading rusher with 66 yards on 16 carries.
Ava had 224 yards rushing and 65 yards passing for total offense of 289 yards.