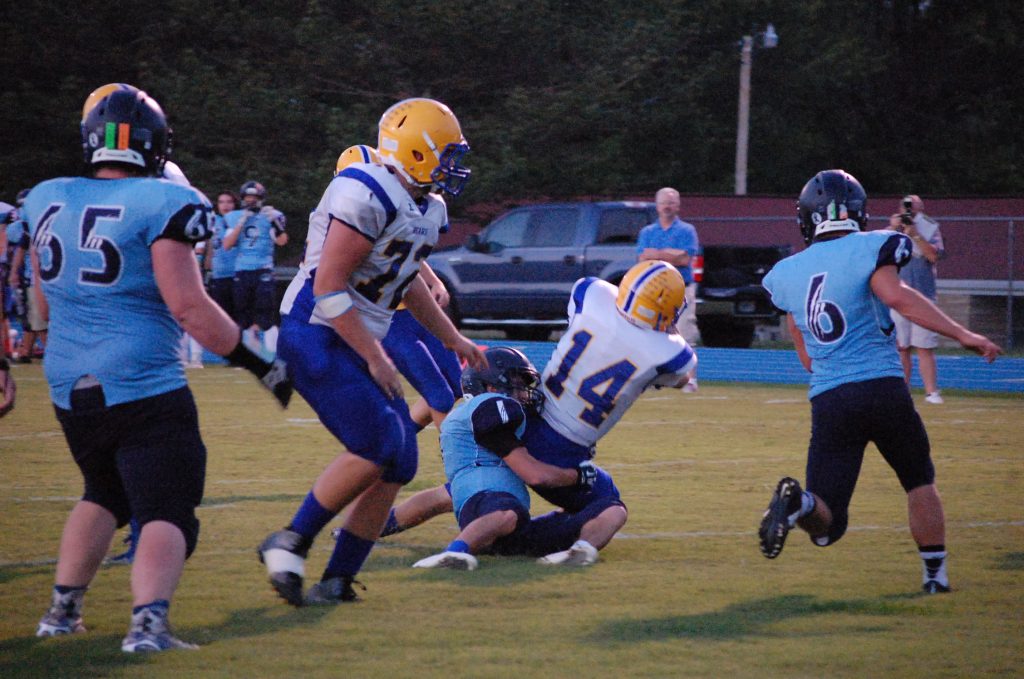 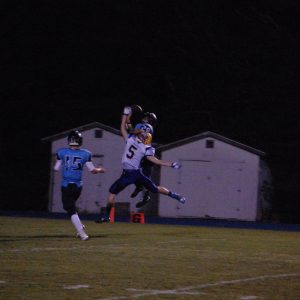 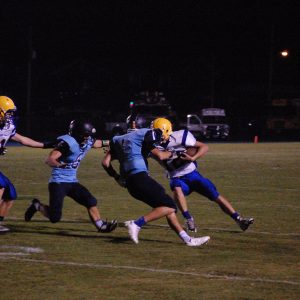 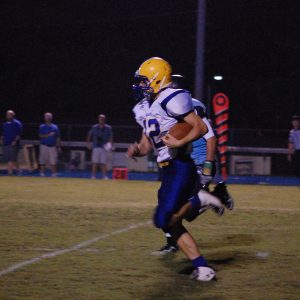 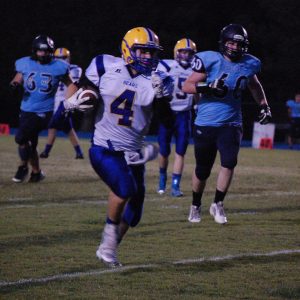 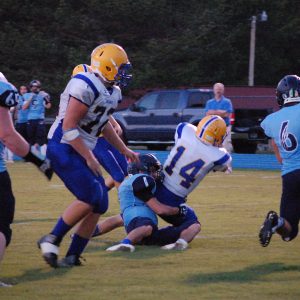 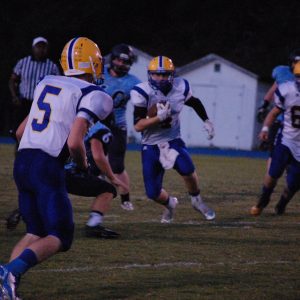 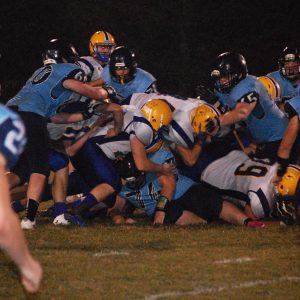 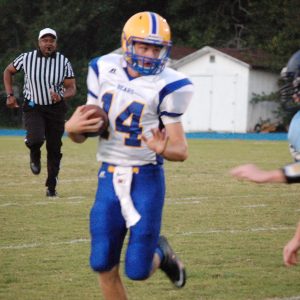 Junior quarterback Caleb McFarlin scored three touchdowns – including a 61-yard touchdown run – at Salem last Friday night, leading the Bears to a 23-21 SCA win.
In addition to scoring all three of Ava’s touchdowns, McFarlin picked up a huge first down on 4th-and-1 with just over a minute left that allowed the Bears to run out the clock and secure the win.
Looking back on the game, it would be difficult to say if it was the 22-yard field goal by Shannon Porter, the 61-yard touchdown run, or the big first down late in the game that registers as the play of the game.
In fact, one could look to the holding penalty on the Tigers that negated a 36-yard touchdown run in the fourth quarter or the ensuing sack by Tristan Haltom that resulted in 4th-and-long and ultimately gave the Bears the ball, still in the lead, as the game-saving play for Ava.
This week the Bears will be back home and will host the Houston Tigers in the Homecoming affair at Silvey Field.
Homecoming coronation ceremonies will be held at halftime of the football game.
The Bears scored first at Salem and never trailed in the game.
The first score came on a 4-yard run by McFarlin with 2 1/2 minutes  left in the first period. Porter booted the extra point to put the Bears up 7-0.
Salem wasted no time in tying the game at 7-all when Zayne Kyser ran 51 yards for a touchdown on the Tigers’ first play after the kick, and the game was tied after one quarter, 7-7.
Ava was on the move once again when the first quarter ended, and began the second period with a first-and-goal at the Salem 3-yard line. With 11:54 on the clock in the second quarter, McFarlin scored. Porter’s kick was blocked, and the score would remain 13-7, which would also be the halftime score.
Salem posed a big threat before the first half ended, but Kane Thompson intercepted a Tigers pass at the 5-yard-line with less than 2 minutes left to prevent the score.
Ava received the opening kickoff of the second half and moved the ball all the way to the Salem 2-yard line but was unable to score. After the Bears converted a first-and-goal at the 2, Salem’s defense backed the Bears up to a fourth-and-goal at the 7-yard line, and the Bears settled for Porter’s 22-yard field goal to expand their lead to 16-7.
Salem would score twice in the fourth quarter to threaten. However, McFarlin’s 61-yard touchdown run saved the game for the Bears.
Salem’s first score of the fourth quarter came at the 11:47 mark on a 24-yard run by sophomore quarterback Zak Eplin. Paul McClain kicked the extra point to pull the Tigers within two points at 16-14.
McFarlin’s big run at 10:54, followed by Porter’s kick, expanded Ava’s lead to 23-14, but with 2:13 left in the game, Salem would score on a 38-yard pass play from Eplin to McClain, and McClain’s point-after trimmed the Ava lead to 23-21, which would be the final score.
Colton Akers had big yardage for the Bears on Friday night, carrying 11 times for 170 yards. He also had two catches for 24 yards.
McFarlin carried 13 times for 80 yards and three touchdowns, and completed 3 of 4 passes for 38 yards.
Ava had total offense of 339 yards, including 301 on the ground.
Defensively, Tristan Haltom had 10 tackles with two sacks. Nate Bray had 11 tackles and Kane Thompson had one big interception to prevent a potential Salem score.