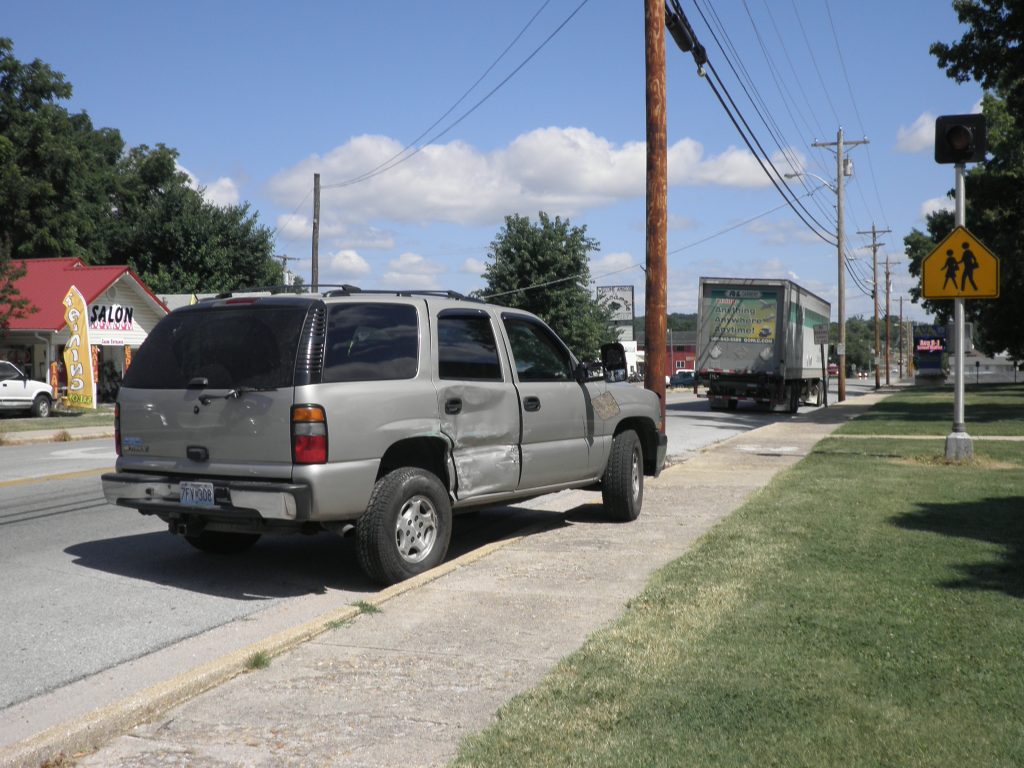 The driver of the Chevrolet Tahoe shown above was taken to the hospital with what appeared to be minor injuries Tuesday morning after the vehicle was struck at the intersection of North Jefferson and NE 5th Ave. by the truck also shown in the picture. Ava Police said Shellie Marler, 36, of Oldfield, was northbound in the Tahoe when the International truck driven by John Patterson, 56, of Fordland, pulled from 5th Avenue into the side of the Tahoe. Marler was taken to a Springfield hospital by Cox Ambulance-Ava, complaining of back and neck pain. The driver of the truck was not hurt. Ava Fire Department assisted police and ambulance units at the scene of the wreck.