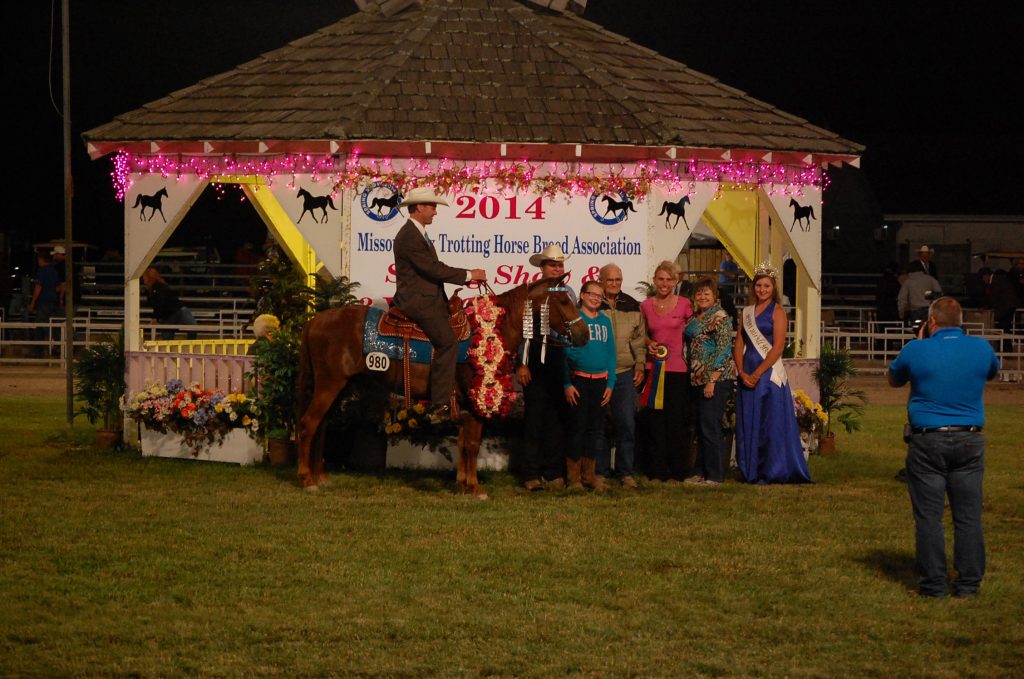 Come On Man, owned by Adam Jokisch, of Freeburg, Ill., and ridden by Vance Vahle, claimed the garland in the Open 3-Year-Old Futurity Championship at the Spring Show of the Missouri Fox Trotting Horse Breed Association last Saturday night.